Why Biopsy, Seriously…Fibrous Dysplasia of Rib – An Example of Hyposkilia? 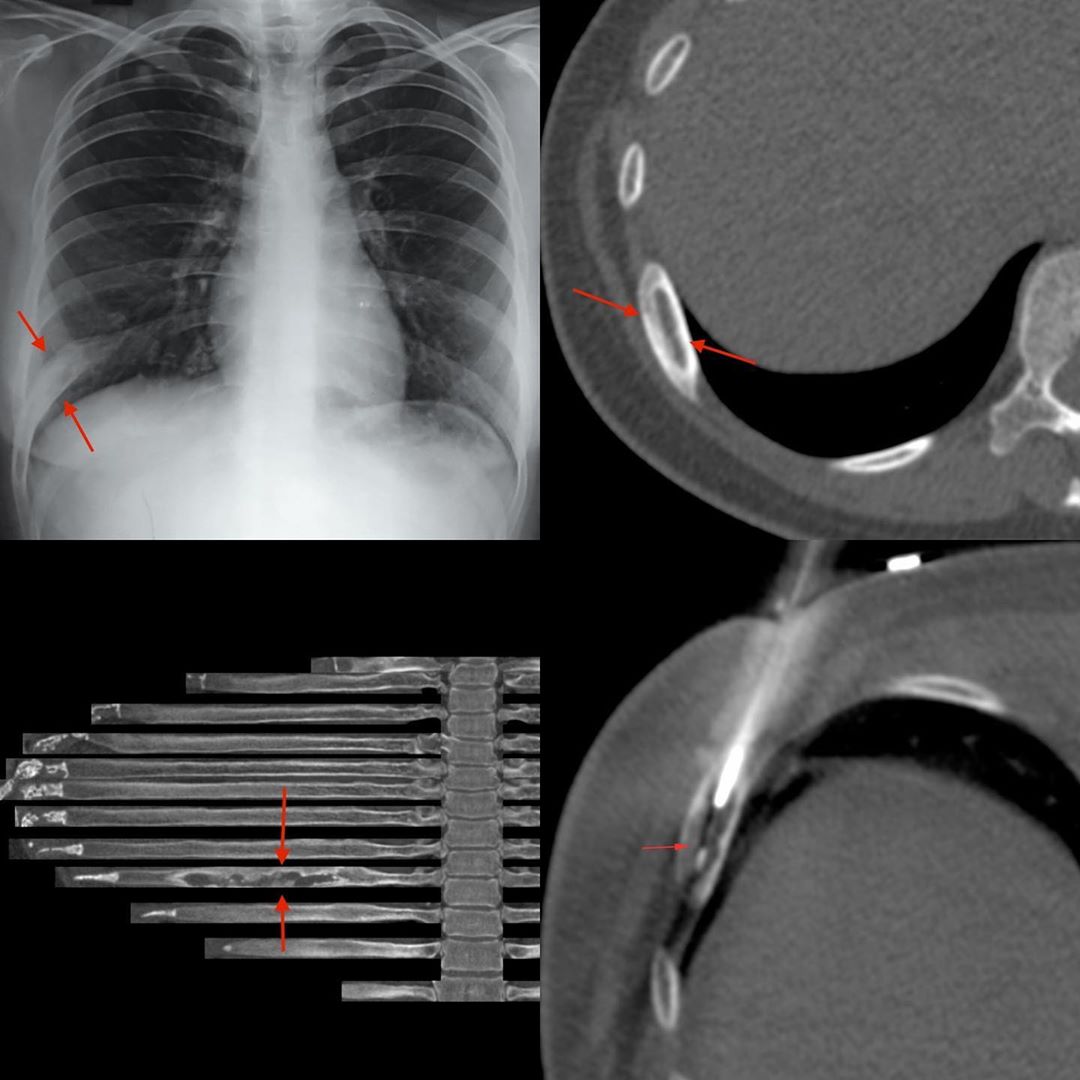 This is a 29-years old lady with cough, cold and fever. A radiograph was done, which showed an incidental lesion in the right rib posteriorly with sclerosis and expansion, findings that on the radiograph are highly suggestive of fibrous dysplasia. There was no tenderness or soft tissue.
This should have been left alone, perhaps followed up at 1 year. A CT scan was however done, which showed expansion and mixed osteolysis and sclerosis with cortical thickening, without erosion or soft tissue. It was reported as fibrous dysplasia, but the orthopedic surgeon and the patient, who is an engineer, wanted to be absolutely, 100% certain that it was nothing else.
20 years ago, nothing would have done. Two years ago, I went ahead and did the biopsy with an 18G coaxial biopsy gun. A light tap allowed the needle to enter the osteolytic part and the histopathology was consistent with a benign fibre-osseous lesion.
More and more, even with leave-alone lesions, patients and referring doctors want certainty. It’s difficult to explain to them sometimes, that you can actually just leave them alone and do nothing.