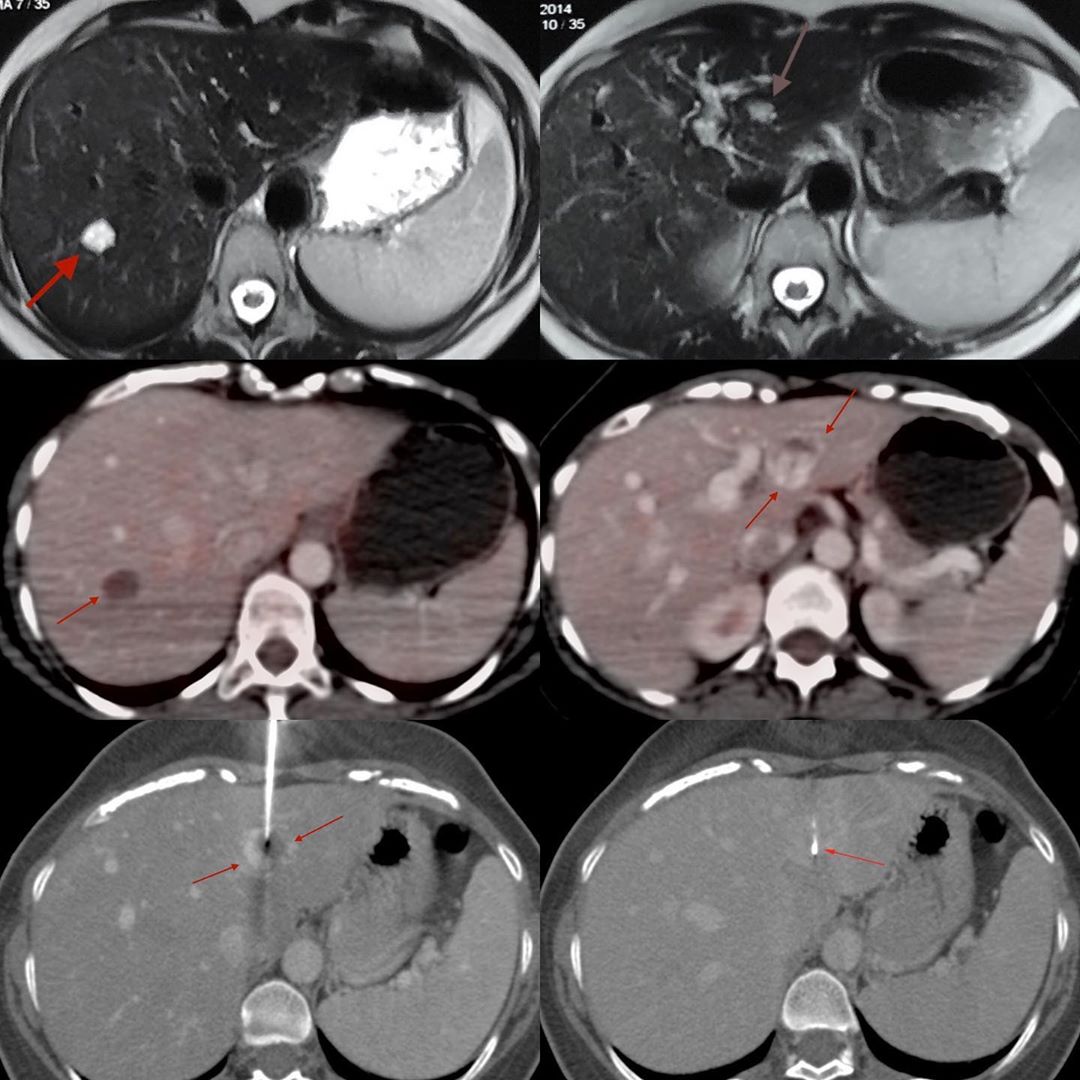 This is a 43-years old woman operated for a low grade endometrial sarcoma.

In 2014, she had an MRI that showed two lesions in the liver, likely hemangiomas, in segments 3 and 7 respectively, as shown. She had a PET/CT in 2018, which showed that while the segment 7 lesion was more or less the same, the segment 3 lesion had significantly increased in size, without any uptake and with a contrast CT picture of puddling that was quite typical of a hemangioma.

So here is the conundrum. Liver hemangiomas are known to grow, but in this case only one lesion (segment 3) has grown, while the other (segment 7) had not. Endometrial stromal sarcomas are extremely rare. Liver metastases are even rarer. However, low grade sarcoma metastases, in general, can be indolent and may not show uptake and may be vascular.

So a judgement call was taken with the patient in the loop, to biopsy the segment 3 liver lesion. During the biopsy with a 20G coaxial biopsy gun, to ensure that the needle was properly within the lesion and that no specific vessel was being punctured, I gave contrast as well – the lesion shows classic peripheral enhancement and filling-in.

The diagnosis was hemangioma. Hemangiomas are in the end tumors and there should be no increased risk in performing their biopsies. We do land up sometimes doing biopsies of slow form vascular malformations, with no ill-effect.