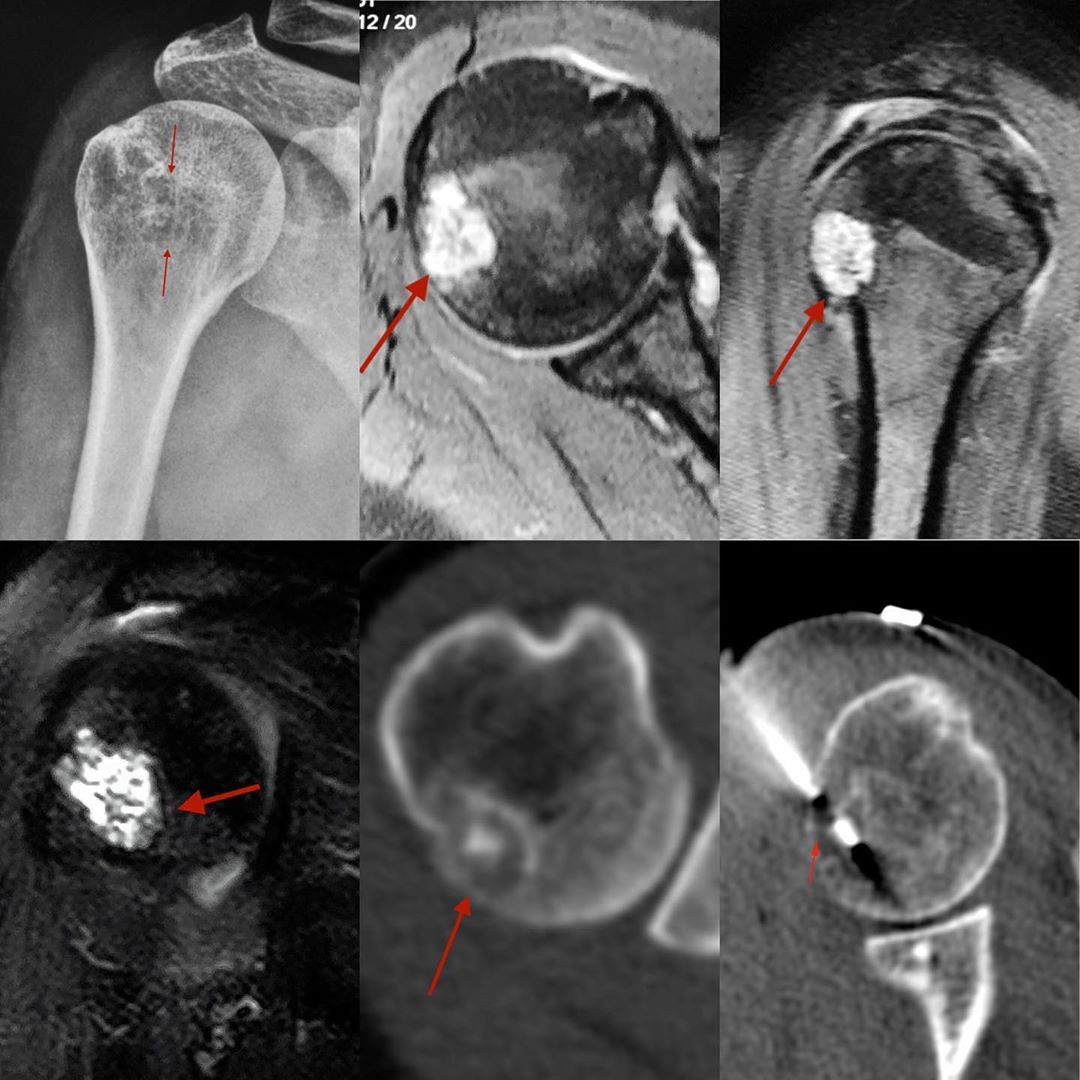 This is a 53-years old woman with pain in the right shoulder.

An MRI (PD fat sag axial and sagittal and STIR coronal) was performed, which showed a T2 bright lesion in the right humeral head without cortical break or marrow edema, findings absolutely characteristic of enchondroma and likely completely unrelated to her pain.

However, she had a couple of doctors in her family, who believed that the only truth is histology. They consulted an orthopedic oncologist who advised a wait and watch and when they asked me, I said the same.

But the patient and relative and another general orthopedic surgeon were insistent.

The CT scan at the time of biopsy also showed a sclerotic rim with a cartilage matrix. I asked them again whether they wanted me to continue with the biopsy and they insisted I do.

I chose the simplest route, because I knew this was a benign enchondroma. If there was any suspicion, then I would have chosen the delto-pectoral groove approach, along the plane of the expected surgical incision, but there was no reason for surgery in this patient.

The diagnosis was benign cartilage containing tumor, which given the findings was consistent with an incidental enchondroma.

Real Life: Not everyone believes everything you say…and despite your beliefs it is best to sometimes just go with the flow.