What Does One Biopsy – Bone or Lung 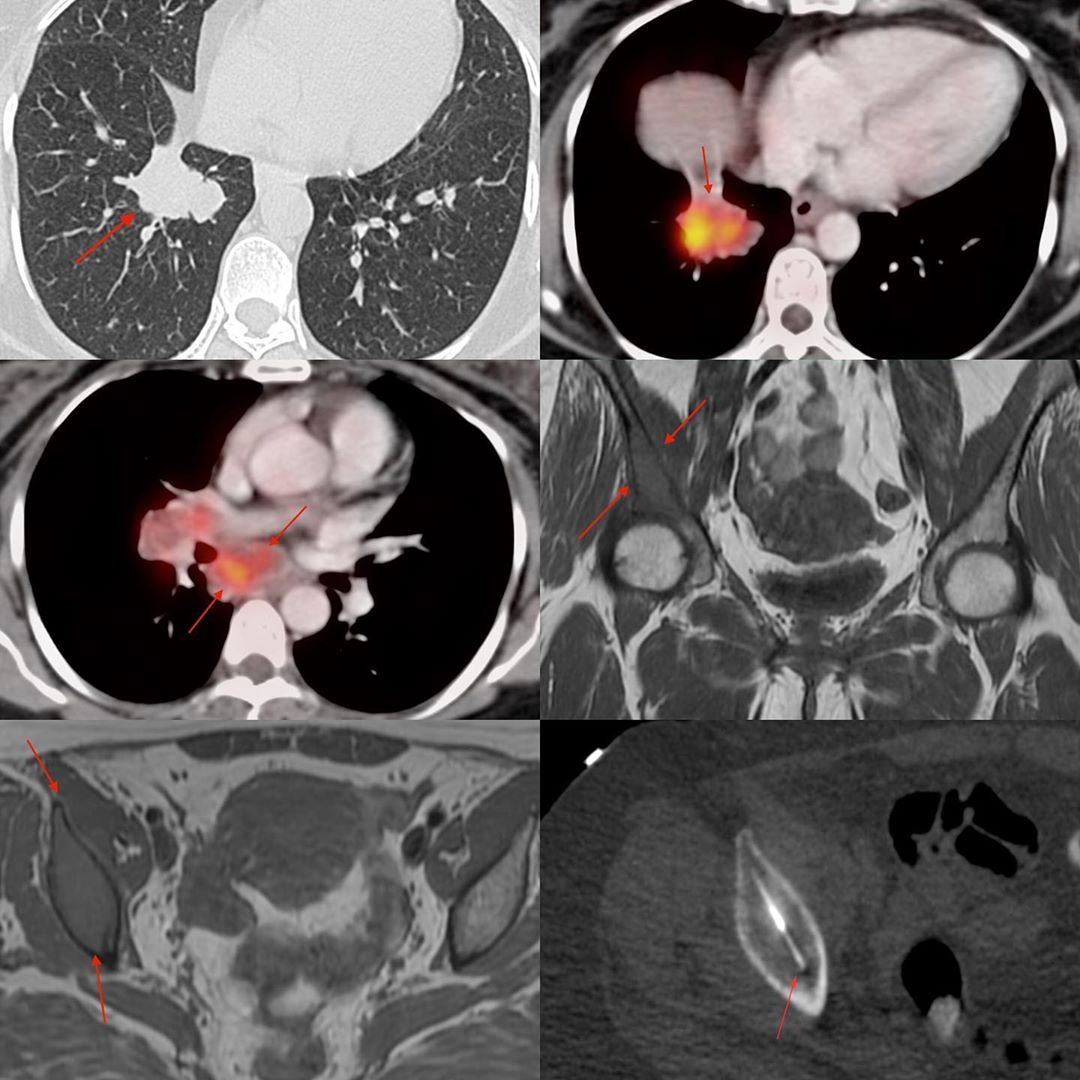 This 46 years old lady had an active lung mass, with active, necrotic subcarinal nodes and a lesion in the right iliac bone. Her initial presentation was pain in the right hip region and after the MRI a PET was done to look for other lesions in the body and this is what we found.

There are some oncologists who only want material from the primary site of the malignant neoplasm. There are others who are fine with material from a metastatic site. In this case, assuming this to be metastatic stage IV lung cancer, we would need material for EGFR, ALK, ROS1, PDL1, etc as well and in this patient, it would be easy to get a lot of material from the bone lesion without any complication.
I did a bone biopsy through the antero-inferior iliac spine with an 18G coaxial biopsy gun. This is a simple biopsy to do and she had adenocarcinoma metastasis from carcinoma lung and the material was enough for EGFR and ALK, which is what was asked for at that time.
However, we would have to do what is asked for. If the physician or oncologist insisted on a lung lesion biopsy then that is what I would have done. But if we assume that doing the simplest biopsy where the chance of a complication is the lowest and the material obtained is good enough, is also an acceptable dictum, then the iliac bone biopsy was fine as well.
#CTbiopsy #llungcancer #adenocarcinoma #metastases #iliacbonebiopsy