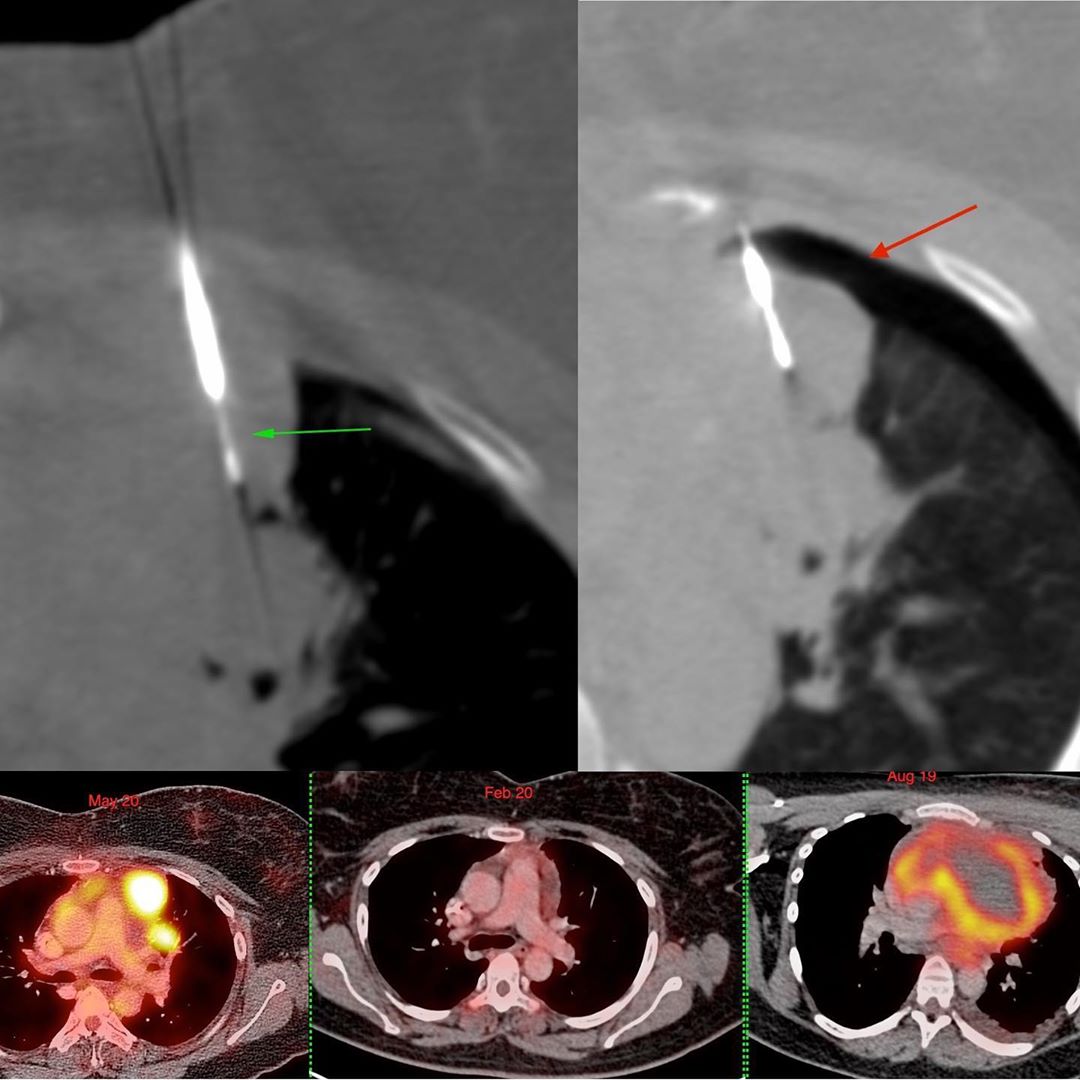 This is a 33 years old lady diagnosed to have non-Hodgkin’s lymphoma (NHL) in Aug 2019. She responded but a recent PET showed new lesions.

I did a biopsy of the left sided nodal masses using a parasternal approach with an 18G coaxial biopsy gun. She had pain halfway through the procedure and when I did a check scan, she had developed a pneumothorax. I had not gone through lung, so the only explanation was that there was sliver of pleura (which I could not appreciate even retrospectively) over the nodal mass that I had punctured and the canula must have shifted into the pleura and air from outside must have gone in.

The pneumothorax was stable, so it appeared consistent with my theory of external air. I thought of aspirating it, but if it was a one time gush from outside, it didn’t make sense to do anything more. I finished the biopsy and came out. She was stable at all times with no change in the pneumothorax at one hour.

She turned out to have recurrence.