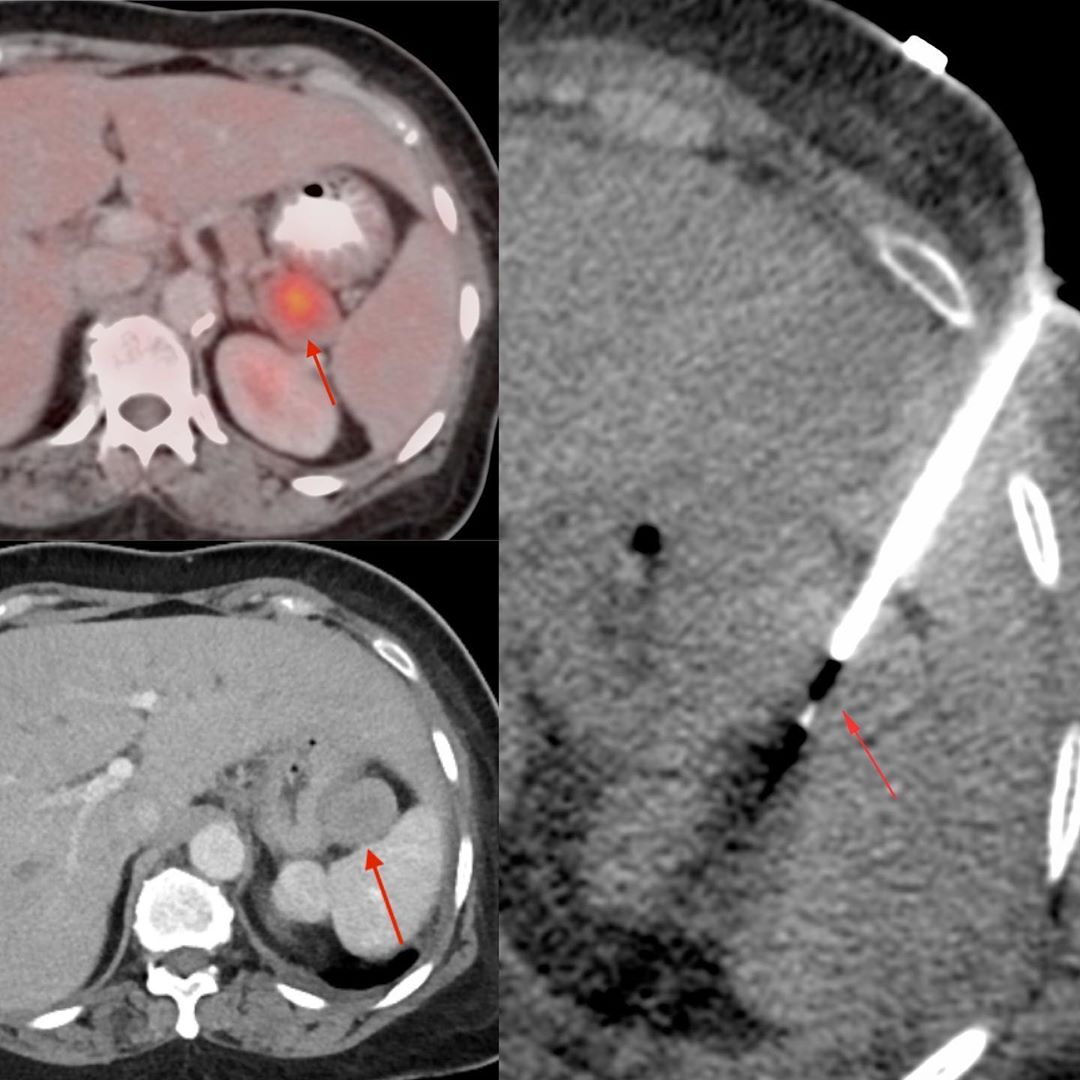 This is a 61-years old lady who came for a CT guided biopsy. She had a PET/CT showing a focal mass with mild uptake, the lesion located posterior to the stomach, with a prominent left lobe of the liver.

On the day of the biopsy however, and as often happens in such circumstances, the mass was now peri-gastric, rather than retro-gastric, which meant I would have to go through just the liver, instead of both the liver and the stomach.

The biopsy was simple using a 20G coaxial biopsy gun. The diagnosis as expected was gastrointestinal stromal tumor (GIST). It is usually fine to go through other organs to get to the lesion.