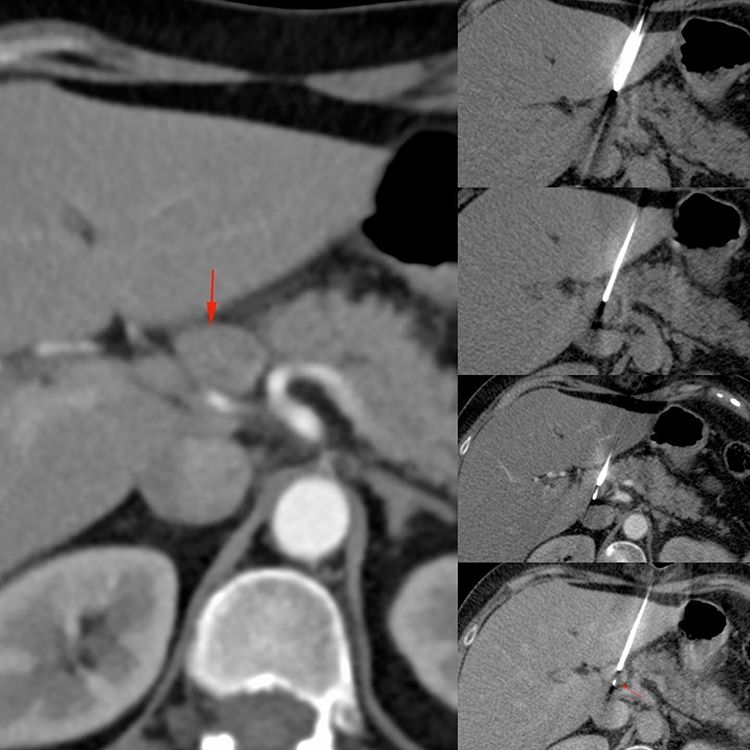 Two days ago, a consultant in Gujarat got back with his first trans-sternal biopsy of a right paratracheal node. And he echoed what I keep saying, “the sternum is a friend”. But there are other organs we can safely go through as well.

Here is a 59-years old lady with necrotic portal nodes. The only approach to this node is through the liver, but with no major vessels along the needle path. Many would say, “why not do EUS?”. My answer would be another question, “Why”? Using a 20G coaxial biopsy gun, I went through the left lobe of the liver. After puncturing the node, I gave intravenous contrast just to check where the vessels were with respect to the node and the biopsy gun, especially along the posterior aspect of the node, in case the tip of the gun went through the posterior margin of the node at the time of the biopsy throw.

The diagnosis was tuberculosis.