Trans-Fissural Biopsies are Fine, if that’s the Best Option 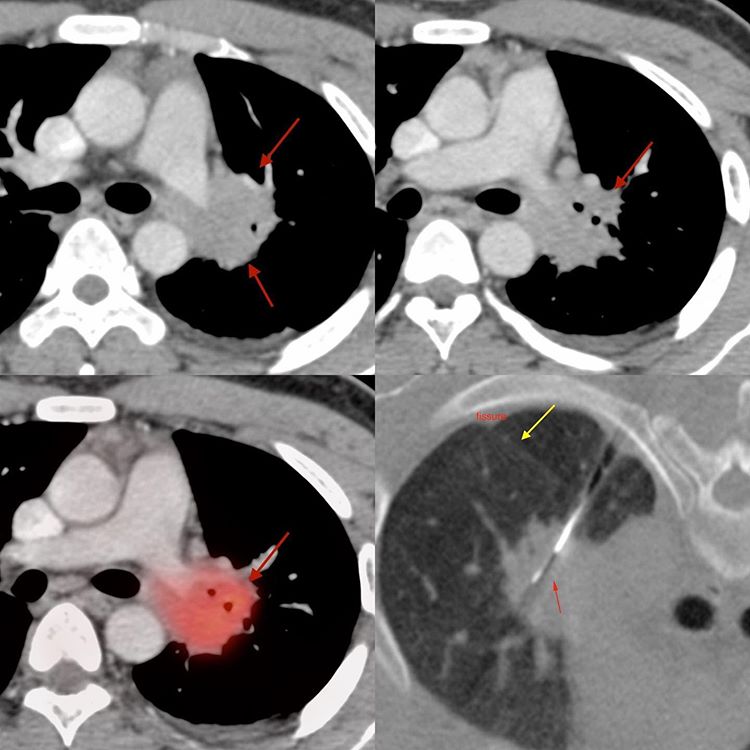 This 27-years old man presented with a left hilar mass, 13 years after amputation for a tibial osteosarcoma.

The CT scan showed a left hilar mass with encasement of the left pulmonary artery with no other lung nodule. The question was whether this was a new primary or metastasis.

The choice of biopsy was between a lateral decubitus approach versus a prone approach. Keeping in mind the position fo the vessels, I thought a prone approach was safer and better, even though that would mean a trans-fissural approach. The biopsy as performed using a 20G coaxial biopsy gun. There was no pneumothorax or bleeding post-procedure.

The diagnosis was spindle cell malignant neoplasm, but even after immune-histochemistry, it was unclear whether this was from the original OGS or a new primary. The patient was lost to follow-up thereafter.