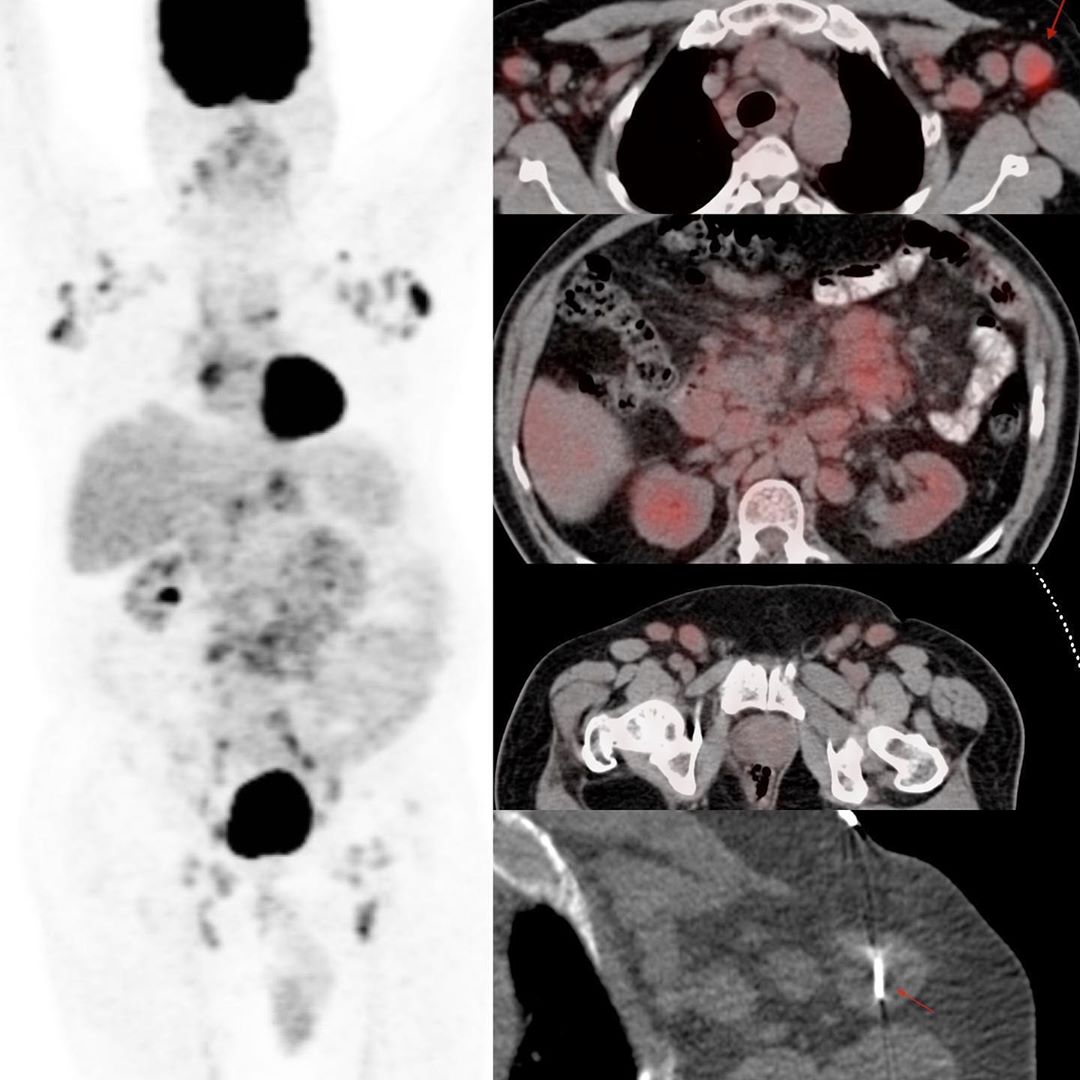 This 67 years old had fever. Investigations showed adenopathy. A PET/CT showed lymph nodes in the neck, axilla, chest, retroperitoneum, pelvis and inguinal regions. The physician left the choice of modality and site of biopsy to me.

The idea is to get the maximum amount of tissue without risk. In this case, the left axillary node was simple and straightforward. Sure this, or the inguinal node could have been biopsied easily with USG, but I don’t do USG guided biopsies and my colleague who does, was not around at that time. The left axillary node targeted was also the one with the highest SUV and the general rule is to biopsy the hottest accessible lesion.

With the arm raised, the node was easily biopsied using an 18G coaxial biopsy gun.

The diagnosis was non-Hodgkin’s lymphoma (NHL).