The Trouble with Chondrosarcomas and Other Necrotic or Myxoid Tumors 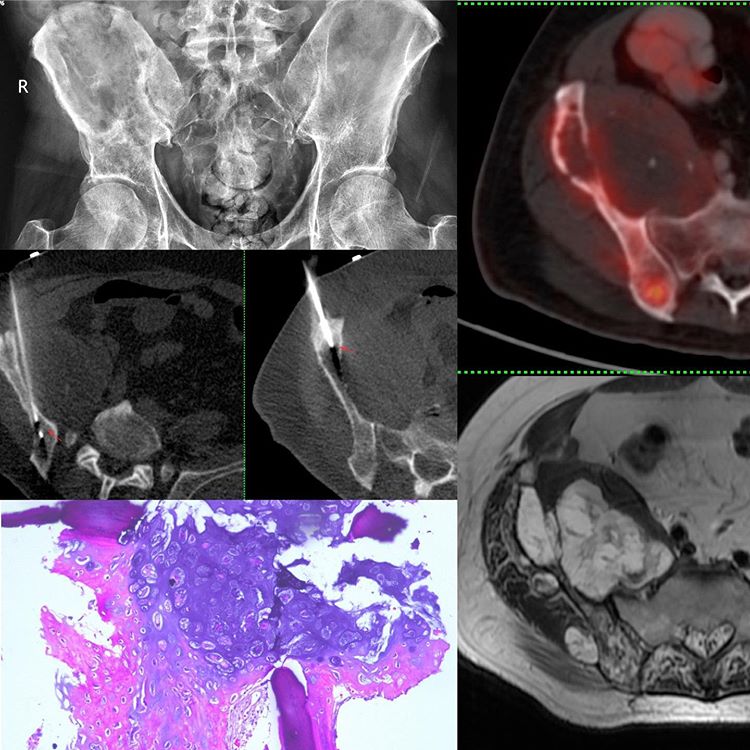 This 66-years old man presented with right iliac bone pain. The radiograph shows subtle lucency but it is tough to evaluate. The MRI shows a T2 bright, septate lesion, consistent with a cartilage lesion with a large soft tissue component. The contrast images showed solid component only in the posterior iliac region.

The biopsy had to be planned to account for all these and along the plane of future surgical incision. So I went into the posterior iliac lesion using just an 18G coaxial biopsy gun as shown in the image, along the inner cortex and then tackled the anterior iliac lesion, using an 11G bone biopsy needle through which I put in an 18G gun.

The diagnosis from both combined was chondrosarcoma, Gd 1-2, with the pathologist also hedging bets on the grade. But the PET uptake posteriorly suggests that this is likely Gd 2 and the patient was managed accordingly.