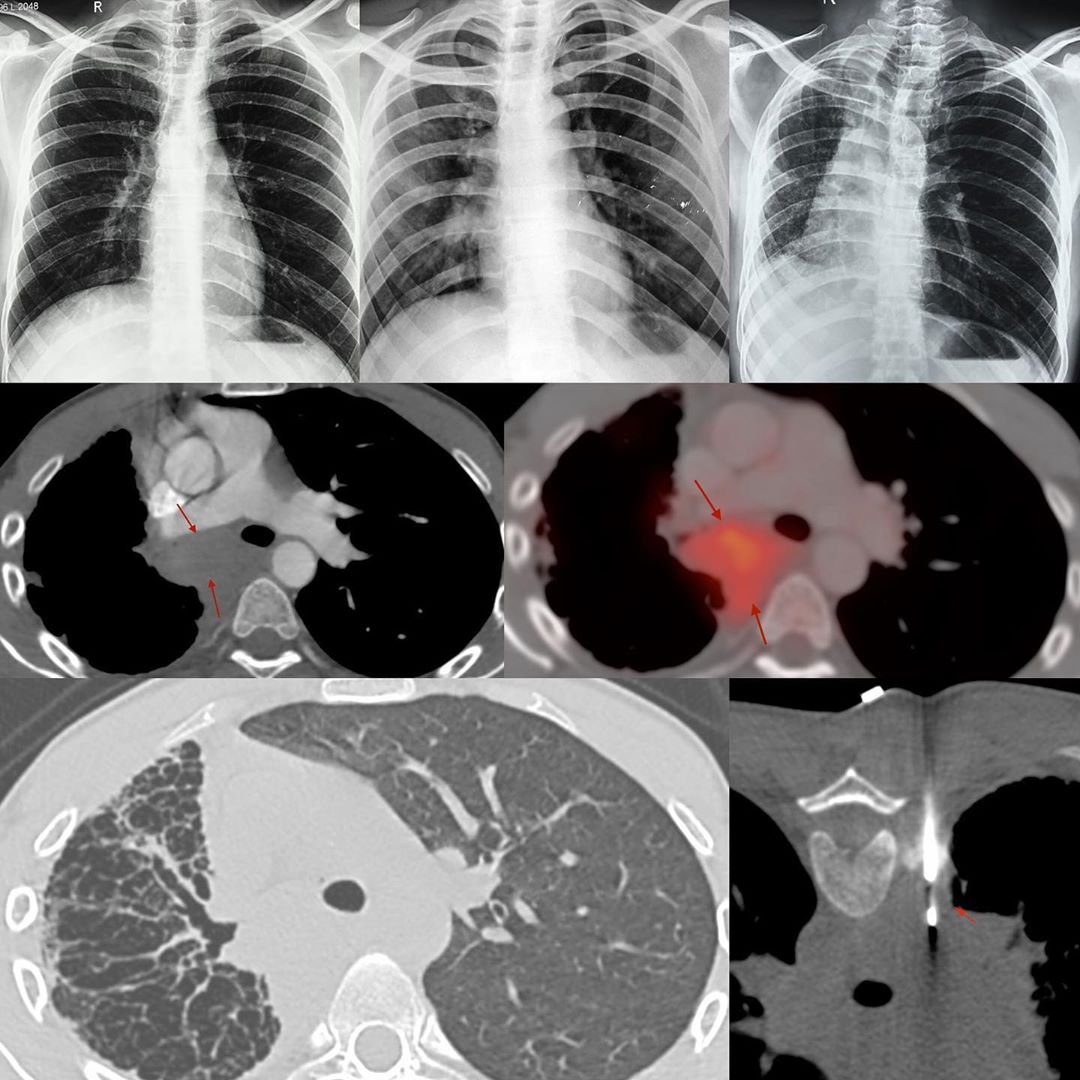 This is a 33-years old man who presented with cough for over 3 years.

The 3 radiographs from 2015 to 2018 show gradually progressive reduction in the right lung volume. Finally a CT scan was done, which showed a large active mass occluding the right main bronchus. However, the segmental bronchi were visible likely due to collateral air flow. The lung was dysplastic with cystic areas and basically non-functional.

The biopsy was simple from a posterior approach using an 18-G coaxial biopsy gun. The diagnosis was adenoid cystic carcinoma. These are slow growing low-grade malignant tumors typically involving a bronchus. In this case, the tumor must have grown slowly over the last 3 years, gradually occluding the right main bronchus, and producing an unusual post-obstructive dysplasia in the lung.