The Reason We Biopsy – When Carcinoma and Tuberculosis Coexist 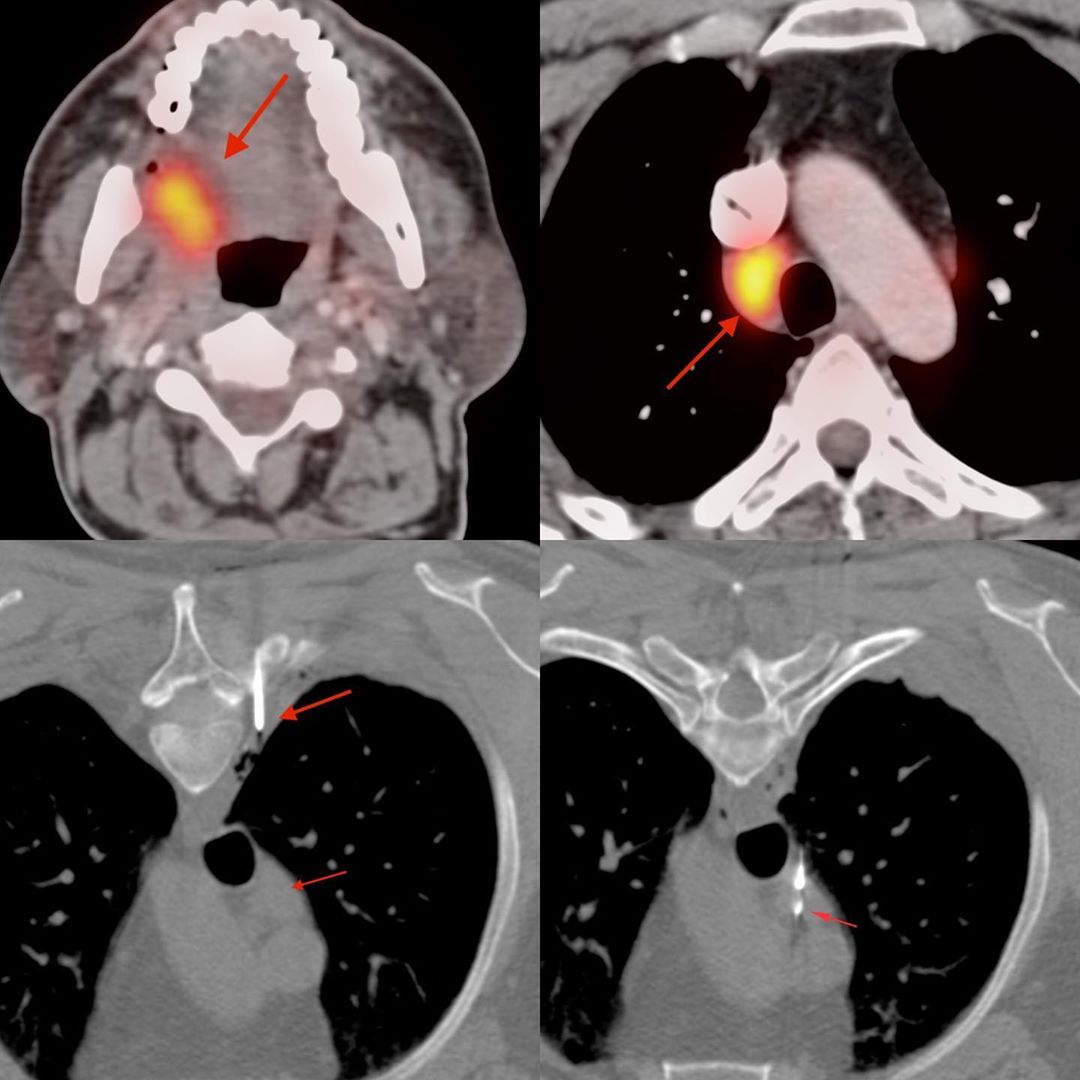 This is a 50-years old man with carcinoma tongue.

This PET scan showed improvement of the lesion with chemotherapy with no change in the mediastinal node, which had been assumed to be metastatic. The absence of change suggested that this may be an unrelated etiology.

A biopsy of the right paratracheal node was performed in the prone position. An extra-pleural approach was tried, but didn’t work, so a trans-pulmonary approach was used with a 20G coaxial biopsy gun.

The diagnosis was MTB positive tuberculosis. The PCR was negative, but the histopathology and 6-weeks culture were positive for the diagnosis.
In this case, this now became non-metastatic local disease, completely changing the management and prognosis.