The Problem with Ruptures and Missed Lesions – Mediastinal Dermoid 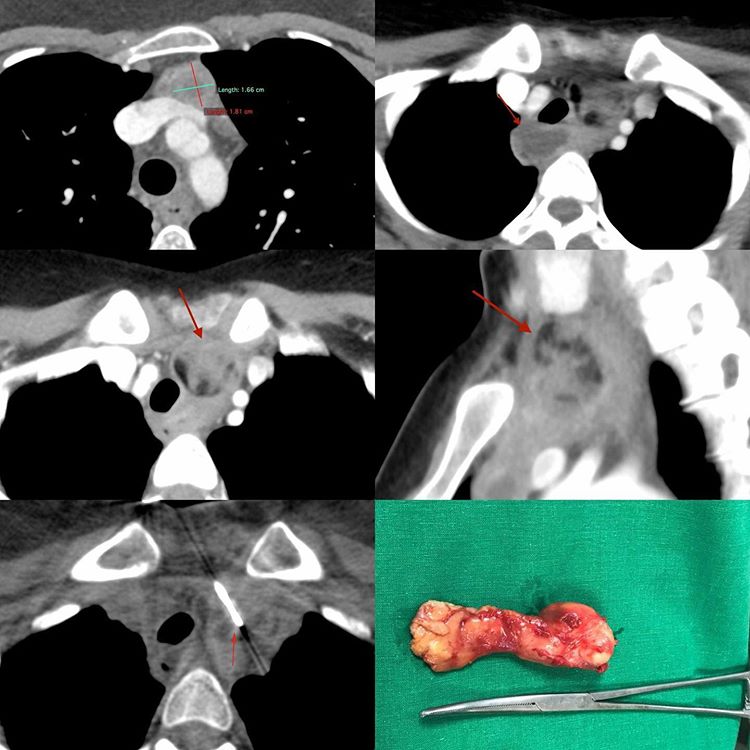 This 29-years old lady presented with fever while studying abroad in one of the Western countries. A CT scan showed necrotic right paratracheal nodes and she underwent at least two procedures, one EBUS and one that I don’t remember that were both inconclusive. Three months after the first onset of symptoms and fed-up with the system in that country, she came down to India.

We repeated her CT scan and found a fat containing mass in the thoracic inlet that had somehow been overlooked earlier. The biopsy was very simple and done with an 18G coaxial biopsy gun.
The diagnosis was dermoid. Eventually she underwent surgery and fatty tissue was removed. The retrosternal and paratracheal lesions were spread from an earlier rupture.

In our haste to report scans, we sometimes miss lesions in the initial and last scans (thoracic inlet and upper abdomen). It is a good idea to have some system of reporting that allows us to see all areas during a CT chest scan read.