The Power of Reconstructions 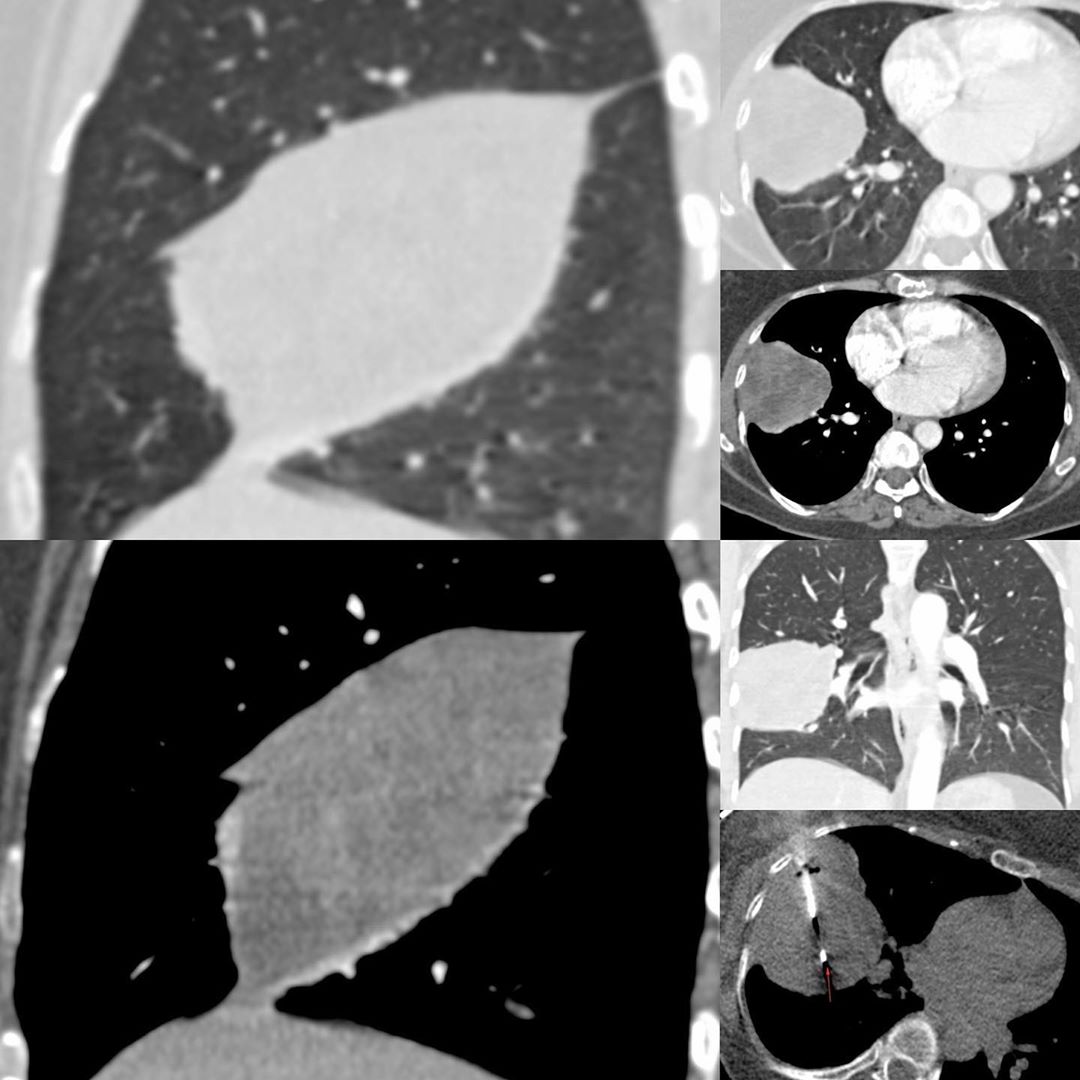 This is a 40 years old lady who had mild chest pain and a radiograph shows a right mid and lower zone mass. She was referred for a CT guided biopsy of a right middle lobe mass.
The CT scan shows a mass, either in the lateral segment of the right middle lobe or the superior segment of the right lower lobe on the axial images. The coronal image shows that it is bounded superiorly by a tissue. But it is the sagittal images that show that the mass lies in the major fissure. This is a pleural, non-parenchymal mass and that changes the diagnosis completely.
A biopsy was done and showed solitary fibrous tumor of the pleura.

Solitary fibrous tumor is a mesenchymal tumor. It is rare and though described in the pleura, can occur anywhere in the body. Treatment is surgical.
#CTbiopsy #solitaryfibroustumor #softtissueneoplasm #pleuraneoplasm