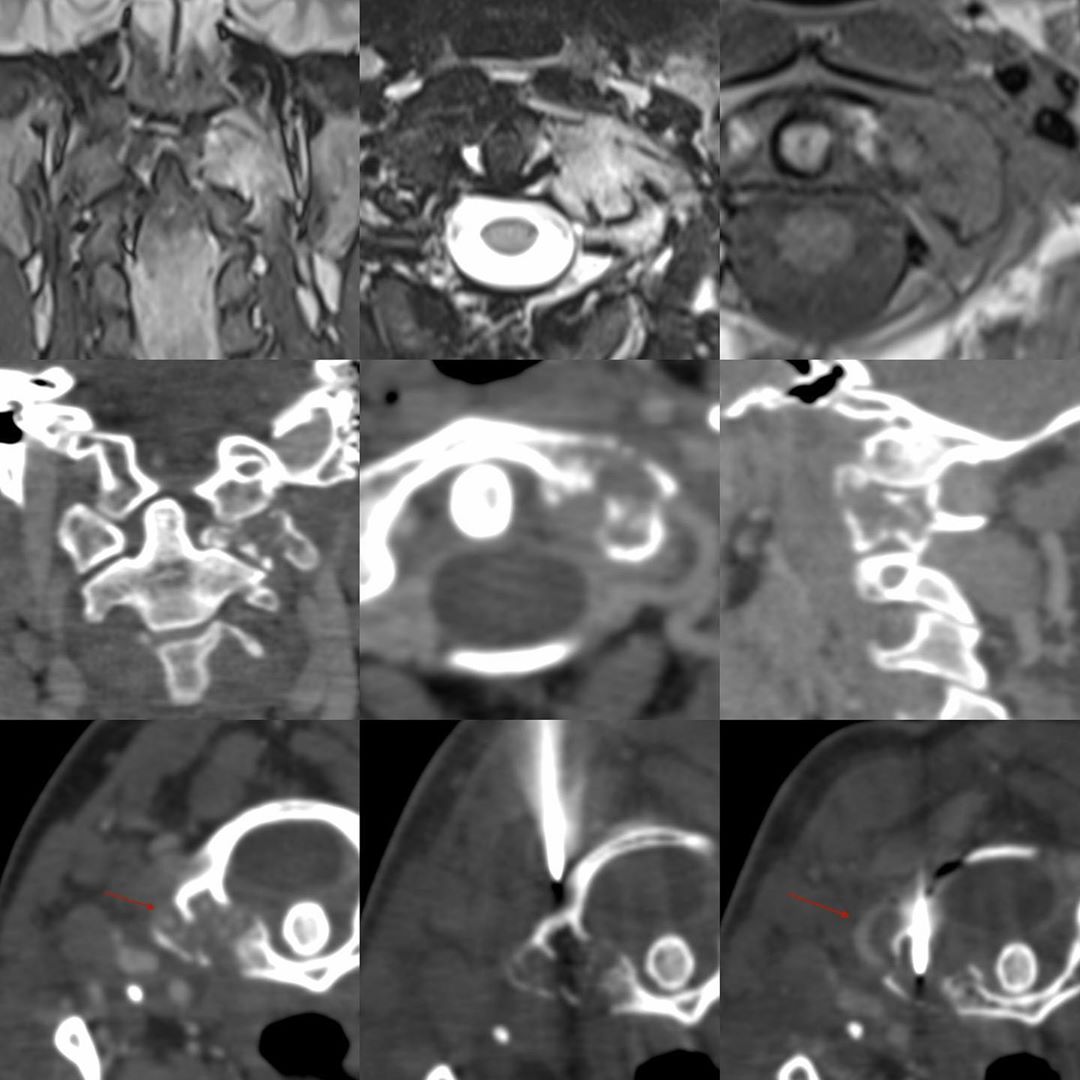 This is a 32-years old man with neck pain.

The MRI showed a focal lesion involving the lateral mass of C1 on the left (STIR coronal, T2 axial and T1 axial). Prior to the biopsy, I did a whole spine CT on table, to see if there was any other lesion elsewhere in the spine (often there is and it’s easier to biopsy dorsal and lumbar spine lesions). In this case, there wasn’t.

The CT scan showed the destruction well. I then gave IV contrast to see the position of the vertebral artery and found a good window where the artery was lateral (arrow) to the lesion. I introduced the 18G needle up to the lesion and then infiltrated the cortex with contrast. Then advanced it with a light tap of the mallet into the lesion and then gave IV contrast again to reconfirm that the vertebral artery was away (arrow) and then finished the biopsy.

The histopath showed caseating granulomatous disease consistent with TB though the PCR was negative, which often does happen.

Rule: Every osteolytic lesion needs to be biopsied before treatment.