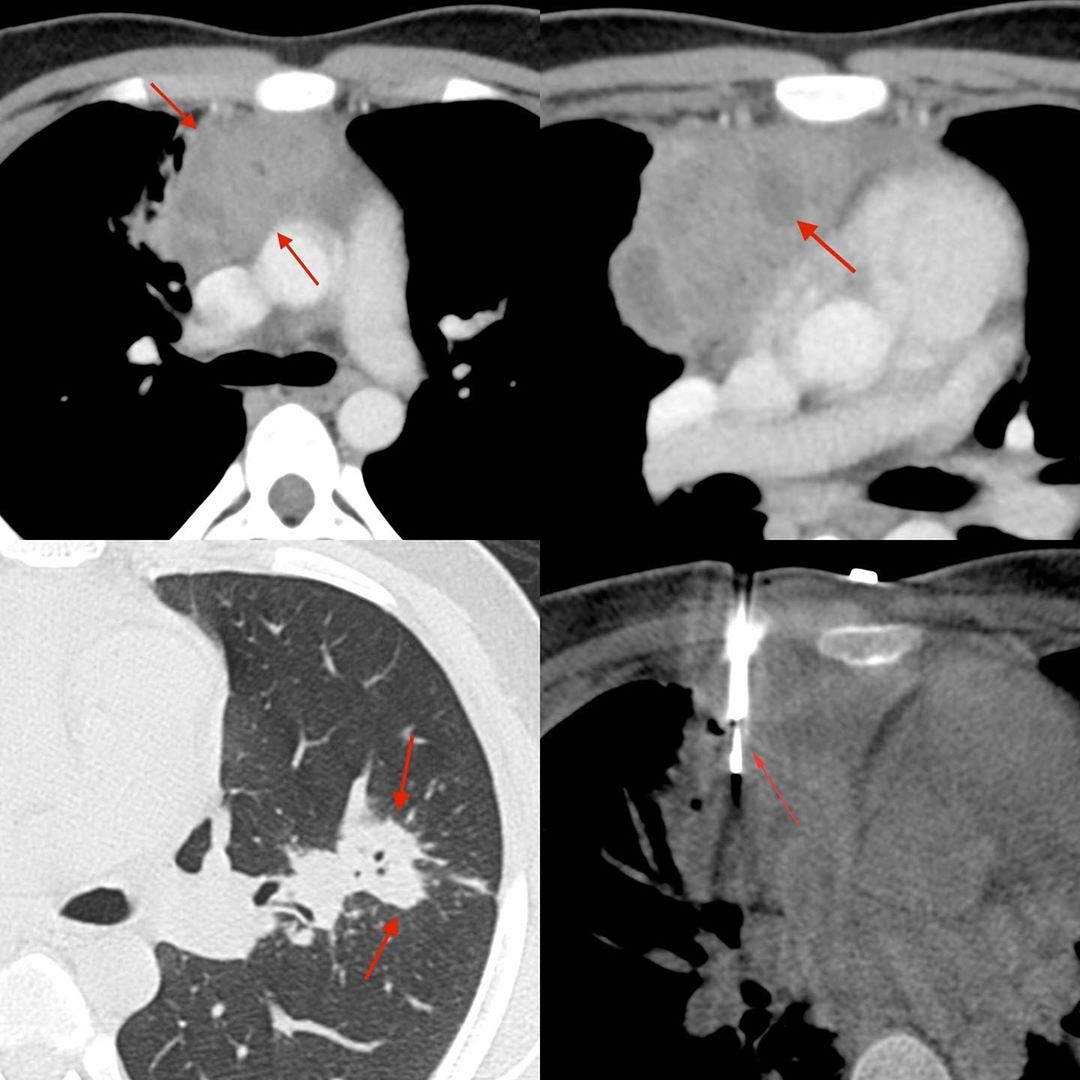 This is a 20-years old man who presented with fever and breathlessness. The chest radiograph (not shown) showed mediastinal widening. The CT scan shows a prevasular space mass that is suspicious for a thymic tumor, lymphoma or germ cell tumor. Though there are some areas of necrosis (right upper image with arrow), this amount of necrosis can occur in any kind of situation and does not necessarily imply tuberculosis. There was also a worrisome lung lesion with spiculated margins in the left upper lobe.

A biopsy was done as should be done in all such cases using an 18G coaxial biopsy gun. The PCR and culture and histopathology were all confirmatory for a diagnosis of tuberculosis. The patient responded to treatment and a follow-up study (not shown) after 6 months showed regression of disease and symptoms.
#CTbiopsy #tuberculosis #mediastinalmass