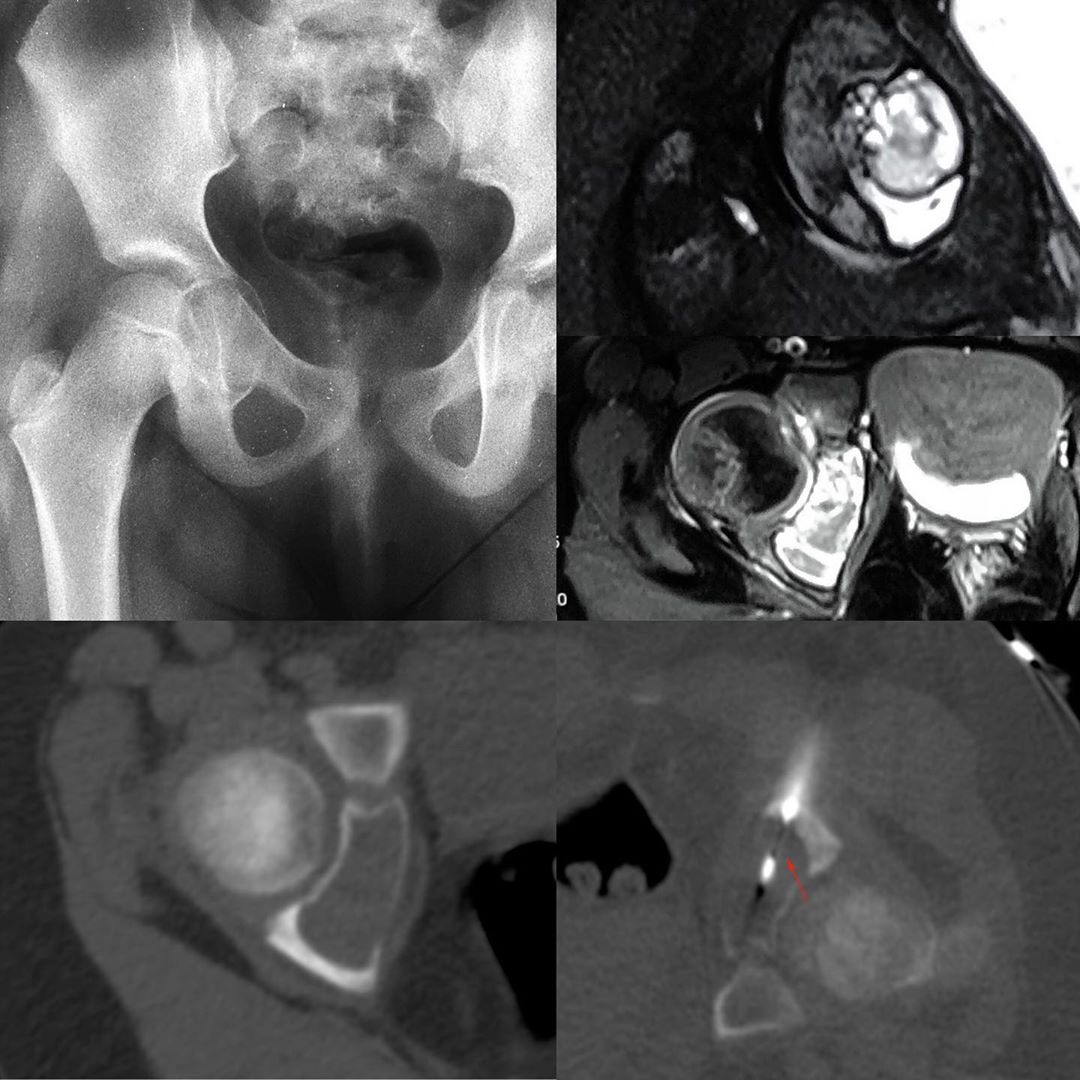 This 6-years old girl presented with pain in the right hip. The radiograph shows an expansile osteolytic lesion involving the medial wall of the right acetabulum – there is a thin sclerotic rim, suggesting that this is a benign lesion.

The MRI (PDFS coronal and T1FS contrast axial) shows a “cystic” lesion involving the ischium. Unfortunately, only films were available and though there were fluid levels, they are not well demonstrated. The contrast study shows enhancing septa and walls.

The biopsy was performed under intravenous sedation, in the prone position, using an 11G bone biopsy needle to penetrate the cortex, followed by a 16G needle through the 11G (which acted as a canula) to biopsy the walls and the septa.

The diagnosis as expected was aneurysmal bone cyst. The patient was then lost to follow-up, though I recall that the plan was to inject sclerosant.