Nodes, Bones and Lungs – Lymphoma vs Metastatic Adenoca from Lung & Then Prostate 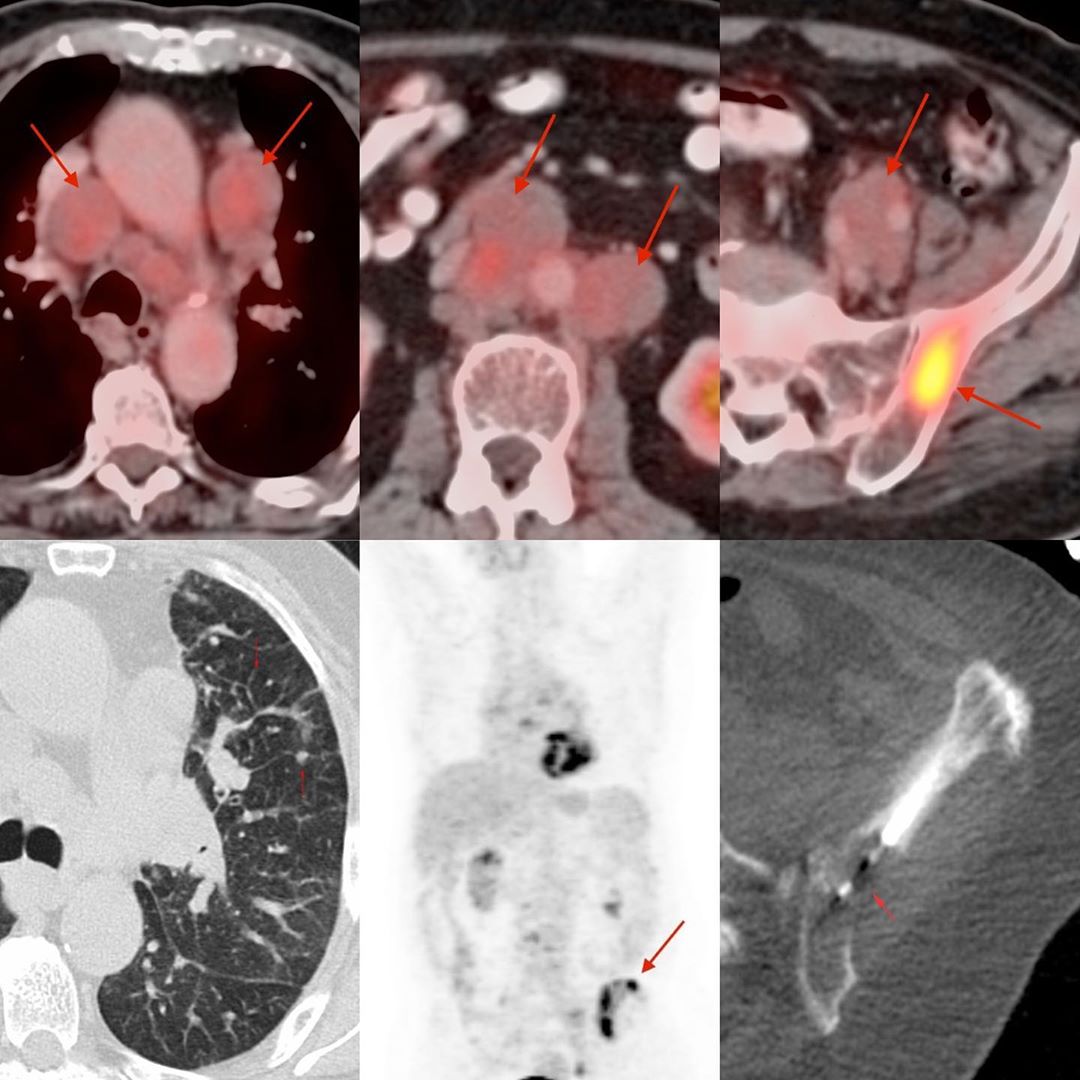 This is a 78-years old man who presented with large lymph nodes in the mediastinum, the retroperitoneum and pelvis. He was for a CT guided biopsy, but since he had lung lesions suggestive of lymphangitis or lymphomatous involvement, we had a PET/CT done. The PET/CT shows mild uptake in the nodes, but one focus of marked uptake in the left iliac bone.

The working diagnosis was lymphoma. While a biopsy from the retroperitoneal node is simple and straightforward, the dictum is to biopsy the most active lesion on PET. So I went ahead and did a biopsy of the left iliac bone lesion with an 11G bone biopsy needle, through which I used an 18G biopsy gun.

The diagnosis was metastatic adenocarcinoma, likely from lung. Five days later, the PSA levels were found elevated (425 ng/dl) and the final workup was carcinoma prostate with lung, bone and nodal metastases.