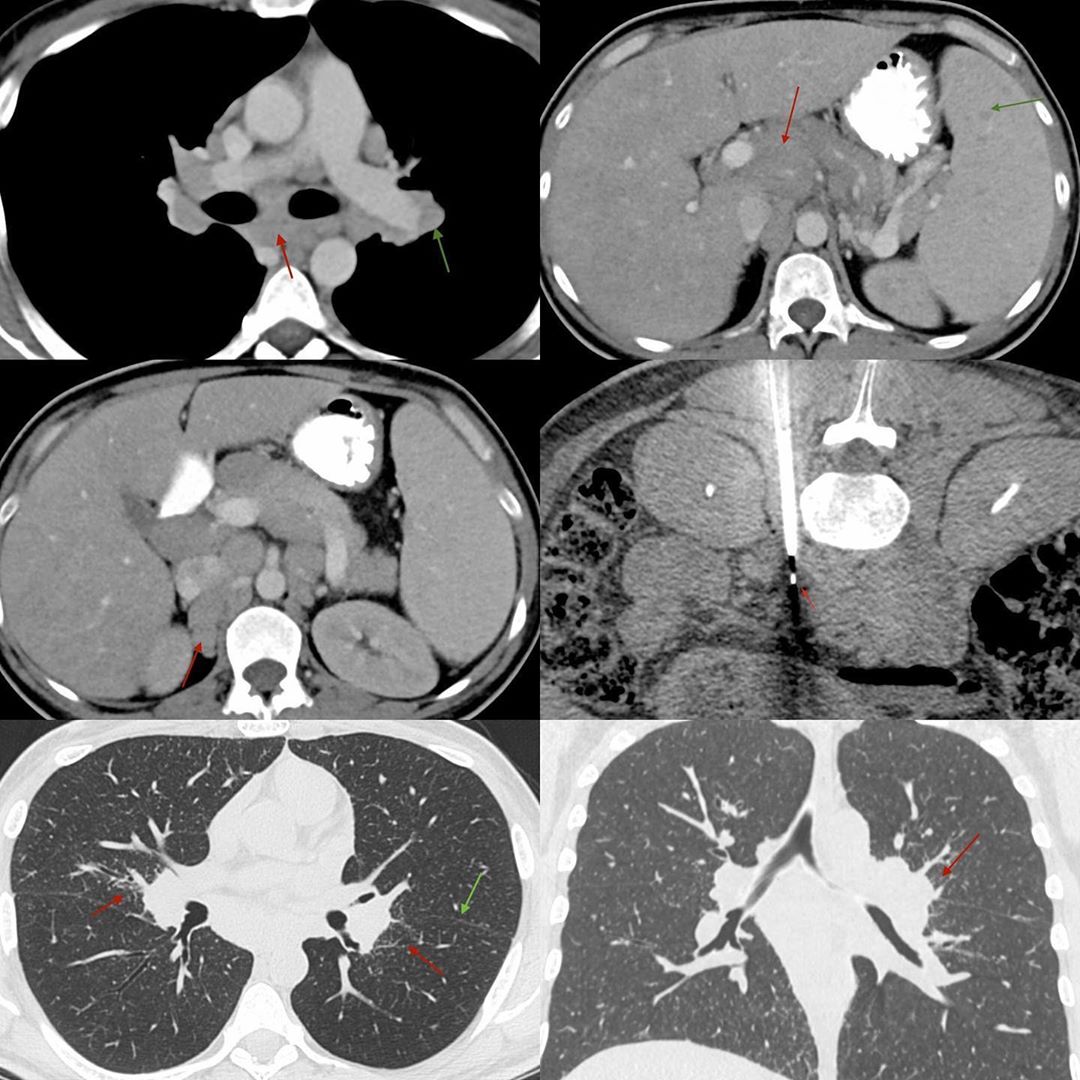 This is a 34-years old man with fever and abdominal pain who came for a CT scan of the abdomen and pelvis.

I decided to biopsy the retrocaval, retroperitoneal node with an 18G coaxial biopsy gun. The idea was to differentiate lymphoma from granulomatous disease. The histology was noncaseating granulomatous inflammation of undetermined etiology. That means we need to differentiate between sarcoidosis and tuberculosis. AFB culture and PCR were negative.

A CT scan of the lungs was then performed, which showed subtle perihilar, perivascular and fissural nodules, characteristic of sarcoidosis.

Sometimes, we still need imaging, even after histology to answer questions.

He was put on steroids and he did well. Unfortunately, we don’t have the follow-up imaging.