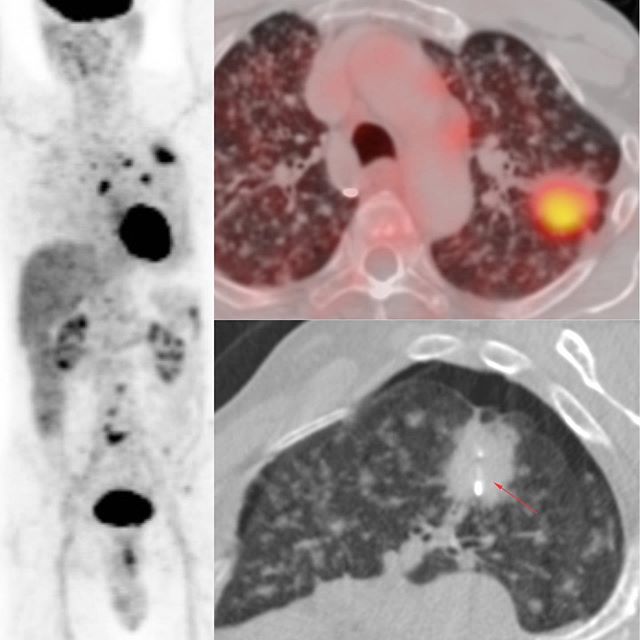 This is a 77-years old man who presented with Stage IV metastatic lung cancer. The PET CT scan showed a mass in the apico-posterior segment of the left upper lobe with extensive lung metastases.
I did the biopsy in the right lateral decubitus position with a 20G coaxial biopsy gun. There was an entry pneumothorax, which I aspirated and continued with the procedure. The pneumothorax remained stable during the procedure and after as well.

Since this was already metastatic, we have to take enough material to allow mutation studies. His EGFR was exon 19 negative and exon 21 positive with ROS-1 positive. I can’t trace the ALK report.