Lymphomas are Tricky – And This Was Splenic 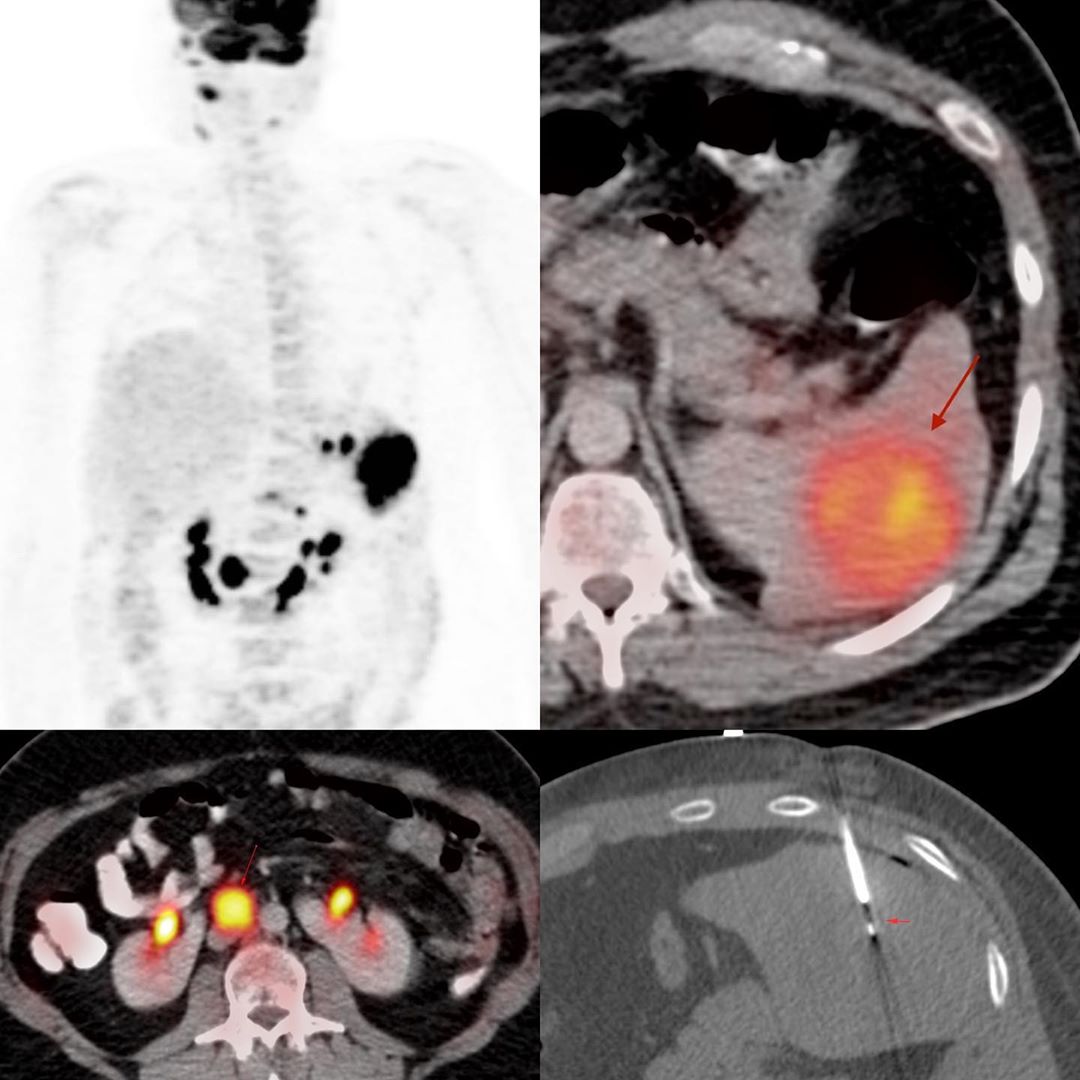 This was a 54-years old man who was found to have splenic lesions on USG and went in for a PET/CT, which showed multiple active splenic lesions and one large precaval node with smaller neck lesions. He had fever for the last 3 months and was on empirical anti-tuberculous treatment with no improvement.
I chose the larger splenic lesions over the precaval node. but did the biopsy using a 20G coaxial biopsy gun. Ideally, a mass such as this could have easily biopsied with a larger needle (18G or larger), but because it was the spleen, I was a little more circumspect. Retrospectively perhaps I should have biopsied the precaval node using an 18G needle using an anterior approach.

The biopsy showed findings suggestive of, but not diagnostic of diffuse B cell lymphoma. Eventually, he had laparoscopic biopsy of the precaval node and a diagnosis of diffuse B cell lymphoma was confirmed. Sometimes, in some forms of lymphoma, it can be a challenge to get to a definitive diagnosis.
I had put up a similar case in Jan where a repeat skeletal biopsy confirmed the diagnosis as against a nodal biopsy that was indeterminate the first time. https://www.instagram.com/p/B7V552QpaZp/