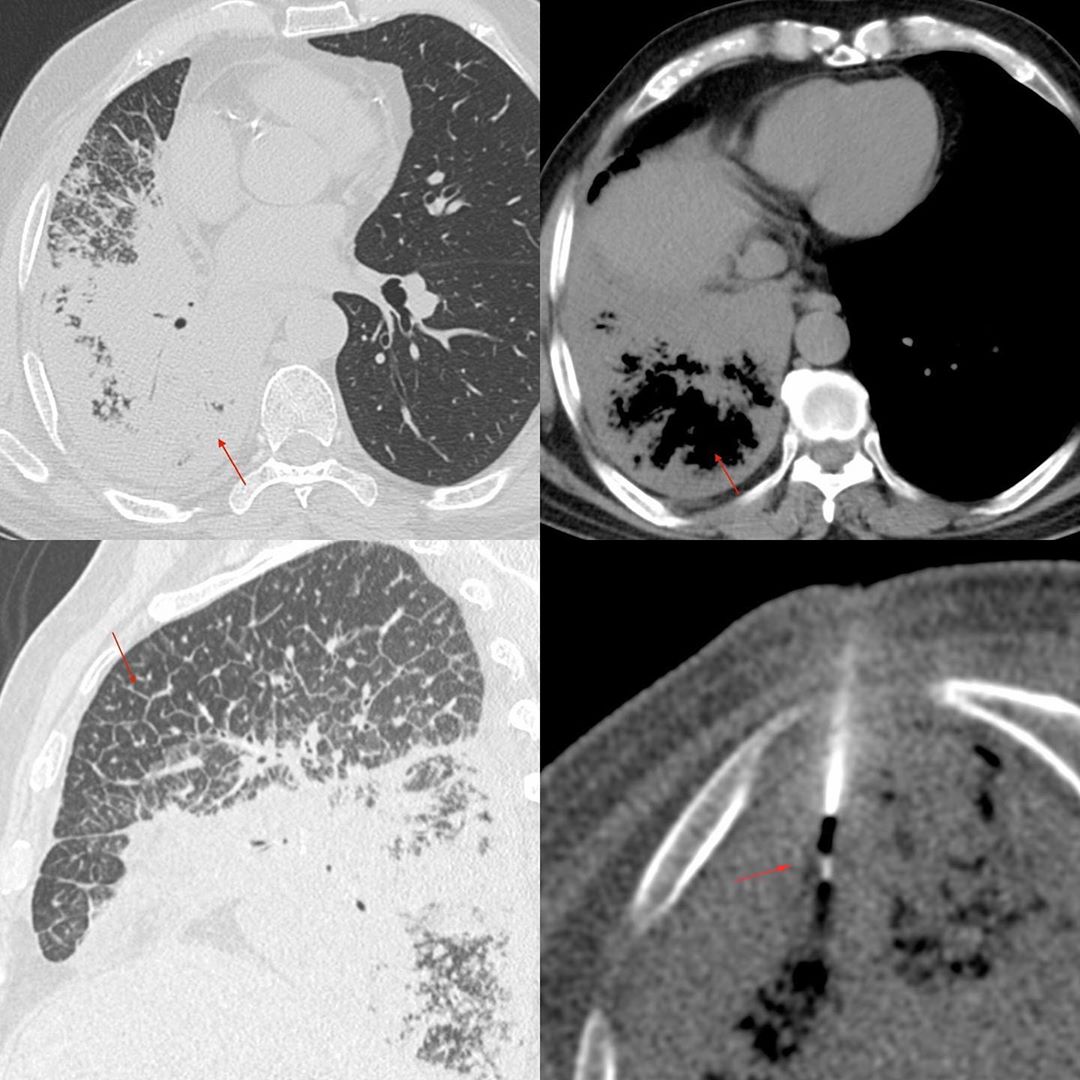 This is a 61-years old man with breathlessness.

The CT scan showed consolidation in the right lower lobe with air bronchograms. The soft tissue window showed bubble lucencies. While this is described with infarction, it is also known to occur with invasive mucinous adenocarcinoma, lymphoma and some forms of pneumonia as well.

I would have preferred a PET/CT before the biopsy to accurately target the most active areas, but the patient was not willing to do one. So I chose the posterior basal segment of the right lower lobe, where the appearance was the densest, and did the biopsy with a 20G coaxial biopsy gun. The diagnosis was adenocarcinoma with lepidic spread.