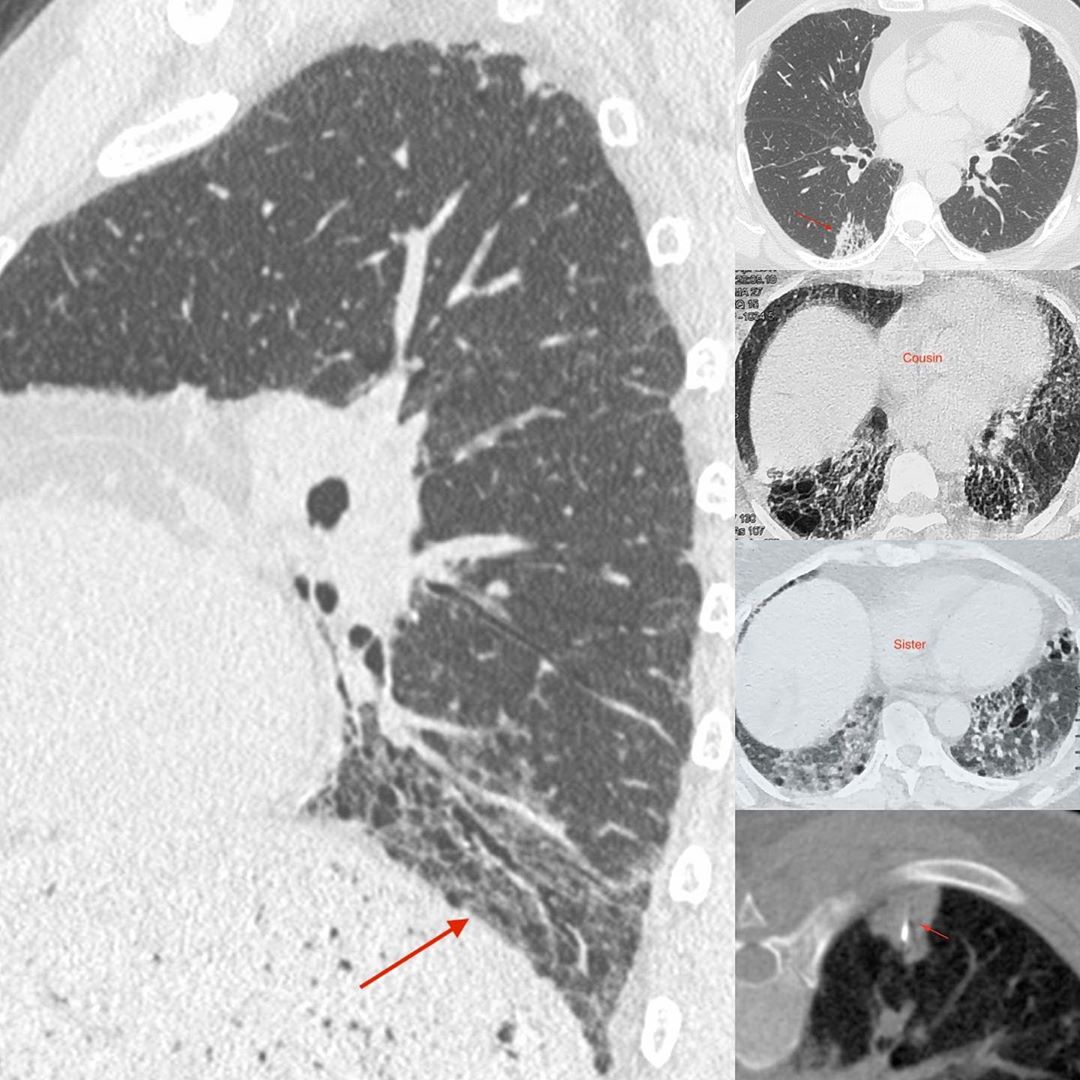 This is a 49-years old man who was known to have a fibrosing ILD. When he came to us, he had a “probable usual interstitial pneumonia” (probable UIP) pattern, which was suggestive of idiopathic pulmonary fibrosis (IPF). He also had a focal wedge-shaped opacity with air bronchiolograms in the superior segment of the right lower lobe, which had grown from an earlier scan (not available). We found later that a cousin of his and another sister both had variable forms of pulmonary fibrosis, suggesting that he and his family had familial pulmonary fibrosis (FPF). All forms of fibrosing ILDs have an increased risk of malignancy.

I biopsied the wedge-shaped lesion with a 20G coaxial biopsy gun. The diagnosis was adenocarcinoma with mucinous component.