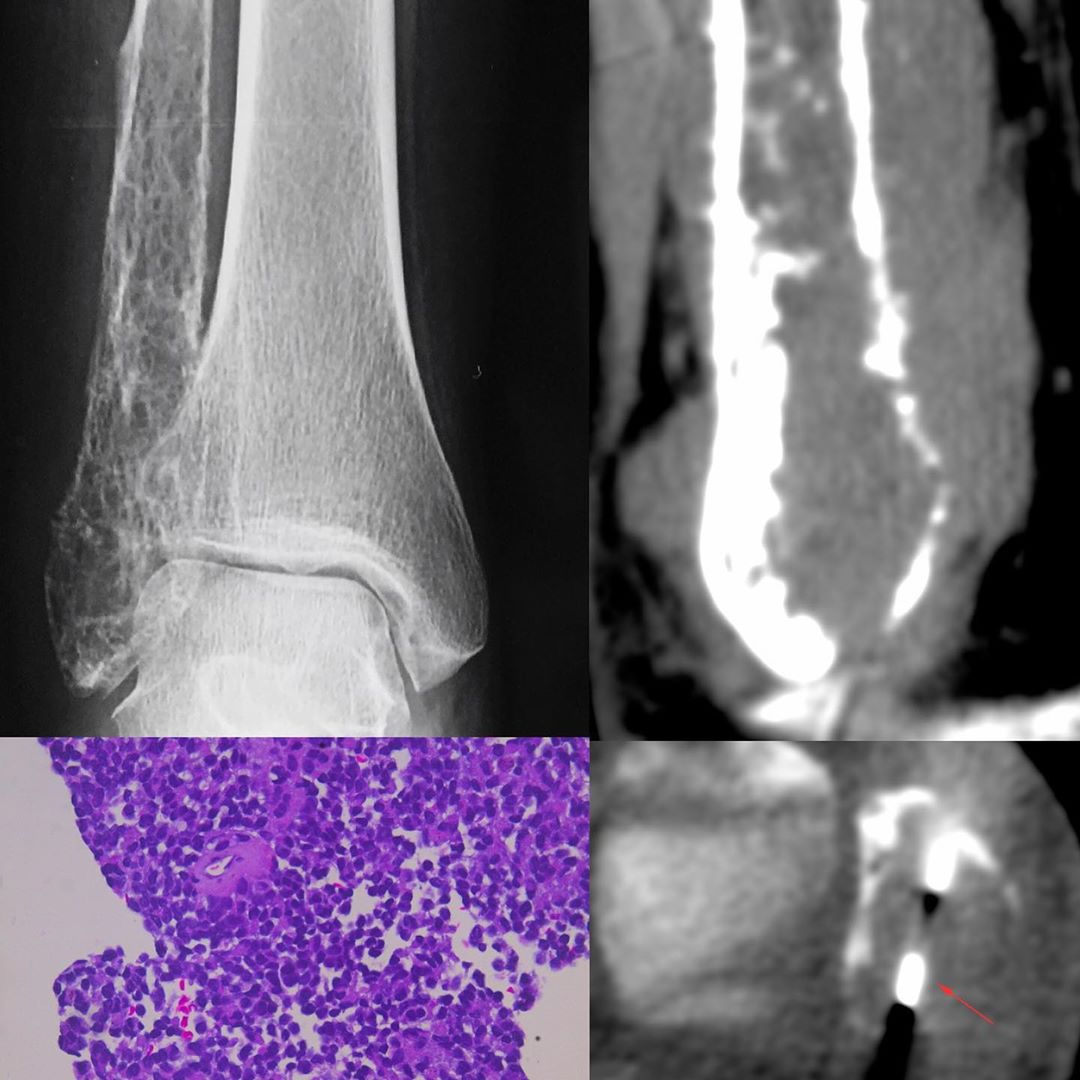 This is a 33-years old lady who presented with an osteolytic lesion in February involving the distal fibula. An FNAC was done at the time, which showed inflammation and she was treated symptomatically. When she did not improve, they came back six months later and the radiograph showed progression of disease with a permeative lesion. A CT scan done at the time of the biopsy also shows a permeative lesion with irregular periosteal reaction. This is consistent with the diagnosis of Ewing sarcoma / osteosarcoma, if the patient had been younger. In a 33-years old, the diagnosis is indeterminate.

A biopsy was done and confirmed the diagnosis of Ewings sarcoma. The histopathology slide shows round cells.