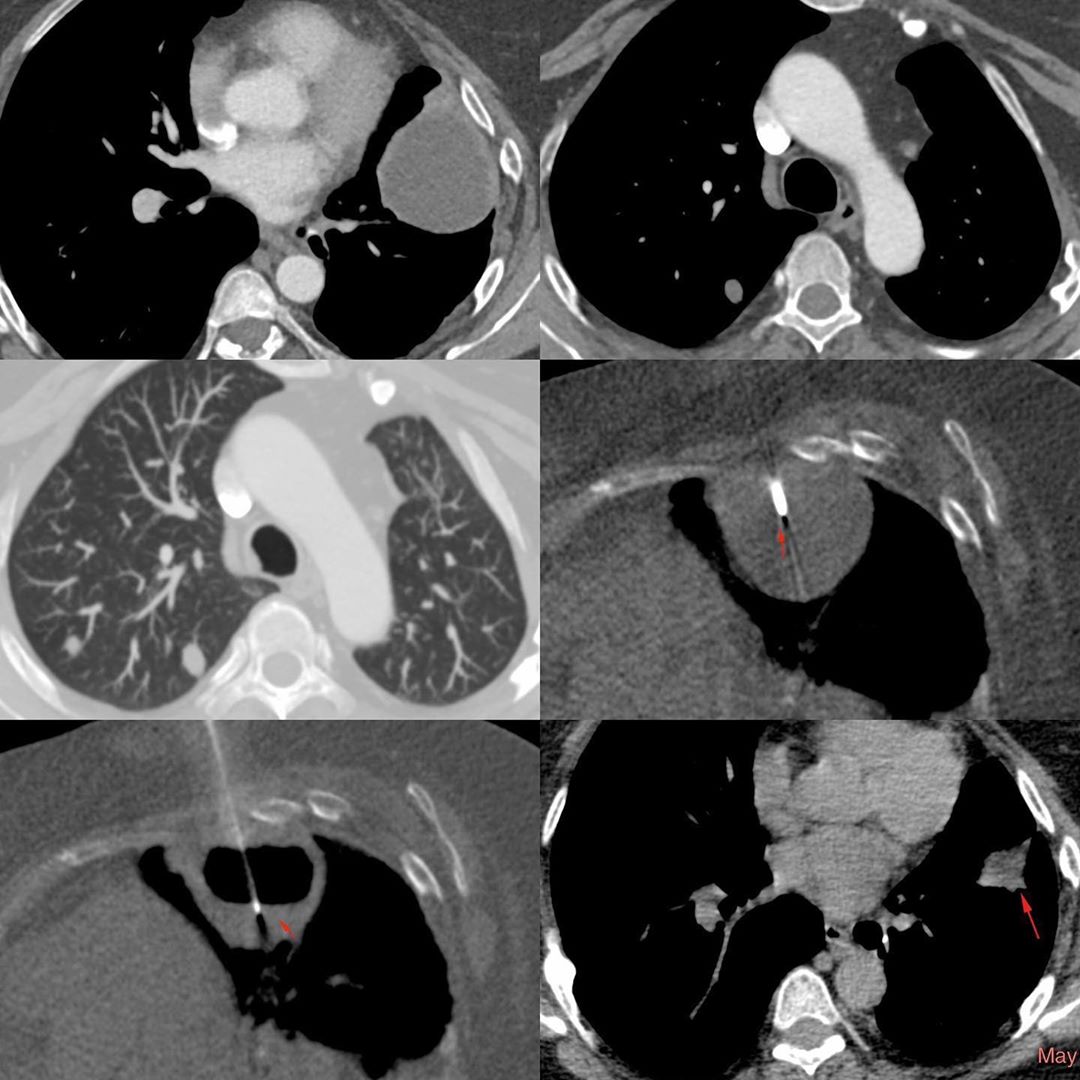 This is a 36-years old lady with had chest pain and a radiograph (not shown) showed multiple lung nodules. Her CT scan showed a large lesion in the lingula. He had a history of lobectomy 12 years back with decortication, but no details of the pathology.

The CT scan showed a cystic lesion with a moderately thick enhancing wall. She had other lung nodules, in the right upper lobe and in the same segment that did not show enhancement.
I went into the lesion in the right lateral decubitus position with an 18G needle. There was no solid material and I aspirated 60 cc of chocolate colored pus like material. On cytology, this showed features consistent with a hydatid cyst. She was put on medical treatment and three months later, the lesion had further regressed in size. However, the other lung nodules remained the same.
It is likely she had a ruptured hydatid cyst in 2006 that was operated and she probably had dissemination at the time. One lesion kept growing, the others remained the same. I don’t have an easy explanation for the course of events.