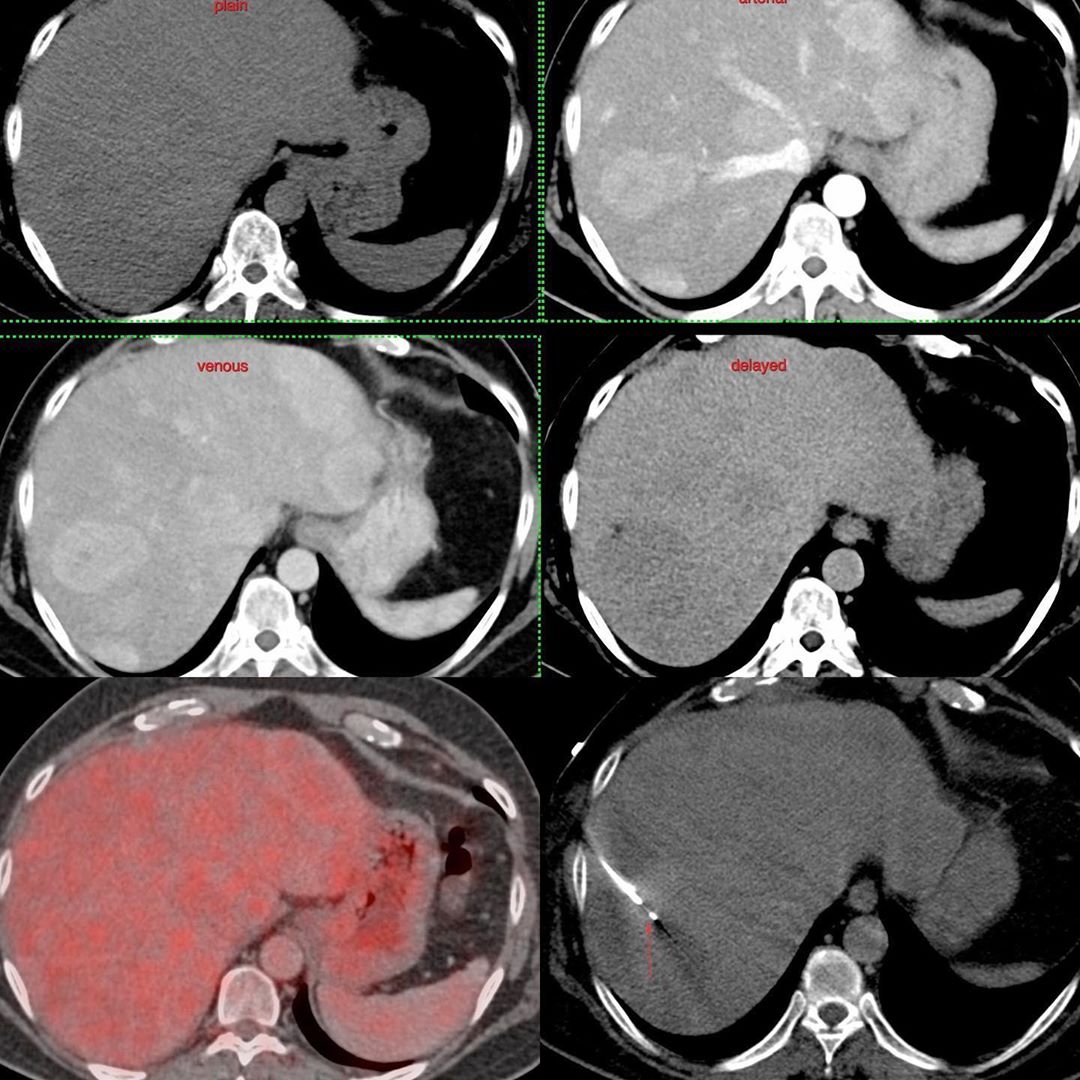 This is a 49-years old lady who was found to have multiple lesions in the liver. FDG PET did not show the lesions well.
The mutiphasic CT scan had shown arterially enhancing lesions with rapid wash-out, highly suggestive of neuroendocrine tumors. The plain scan did not show the lesion well. So I did a multiphasic scan again at the time of biopsy. After choosing the lesion in segment 7 that I eventually biopsied, I again gave contrast during the procedure and placed the needle in during the arterial, venous and delayed images and performed the biopsy with a 20G coaxial biopsy gun.
The diagnosis was neuroendocrine tumor (NET) G2 (WHO 2010). I am aware that many of you would have just done a USG guided biopsy and that’s fine. But there are always ways to manage with CT scan, even if the lesions in the liver are not well seen on the plain scan.

Eventually a DOTA PET was also performed and this showed the lesions really well.