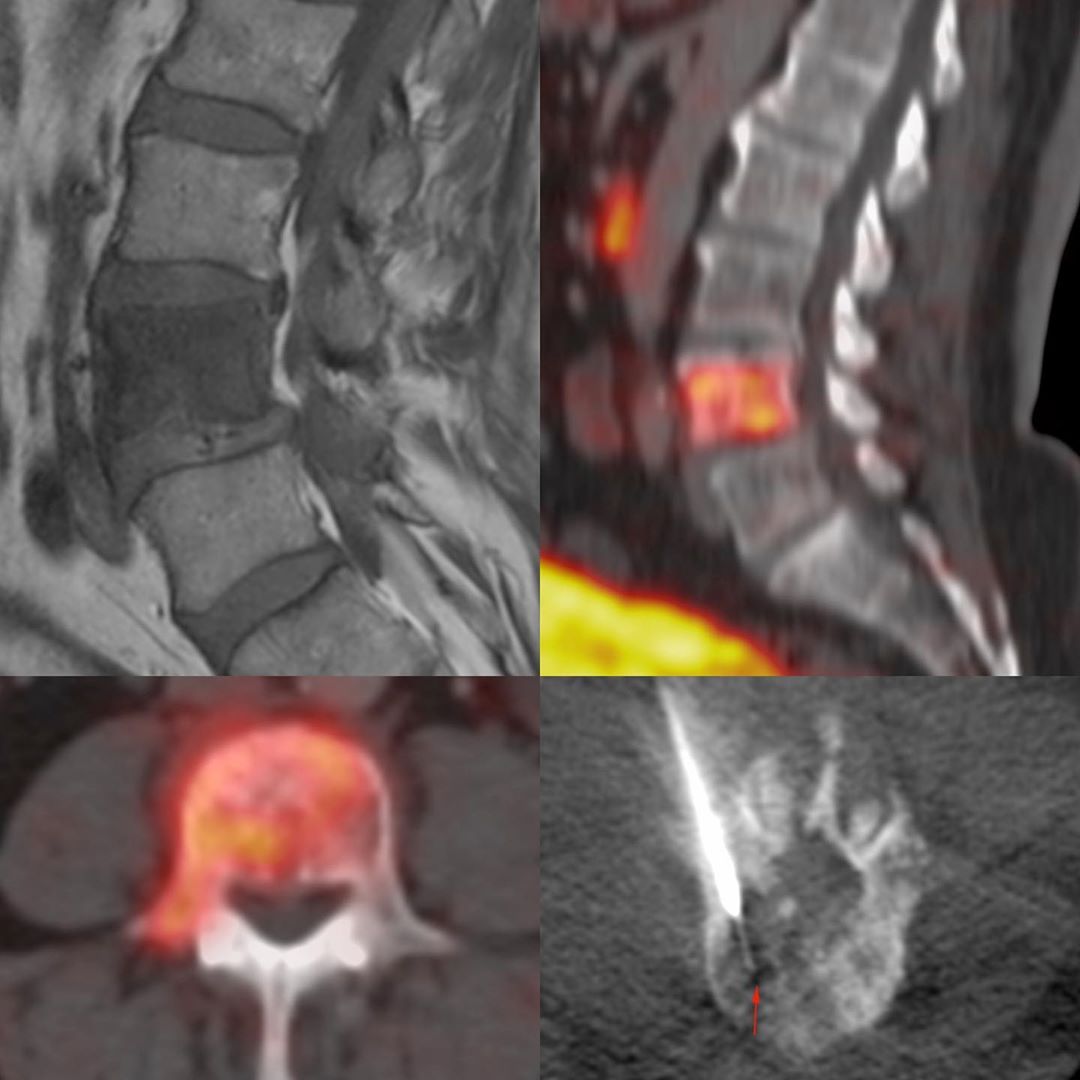 This is a 61-years old man treated for carcinoma prostate, who presented with backache. His MRI showed a focal L4 lesion. There was no disease anywhere else (FDG PET done) and so he was sent for a CT guided biopsy.

The lesion is mixed osteolytic / sclerotic, but predominantly sclerotic.

Under intravenous sedation, I first inserted an 11G diamond-tipped bone biopsy needle in with a combination of a screwing motion and the use of a mallet. Once inside the vertebral body using a trans-pedicular route, I inserted an 18G biopsy gun. As we can see, it was possible for the 18G gun to navigate its way into the osteolytic portions. I managed to get multiple cores and we had enough material to get an answer – it was metastasis from Ca prostate.

If the 18G gun approach had not worked, then we would have continued with the bone biopsy gun, using the Jamshidi technique of a screwing motion 10 times clockwise and then counter-clockwise to get a core into the lumen and then repeated it by inserting the needle in again…which takes a lot of time, but then there is no option, unless you have an automated bone biopsy system…none of which are available in our part of the world.