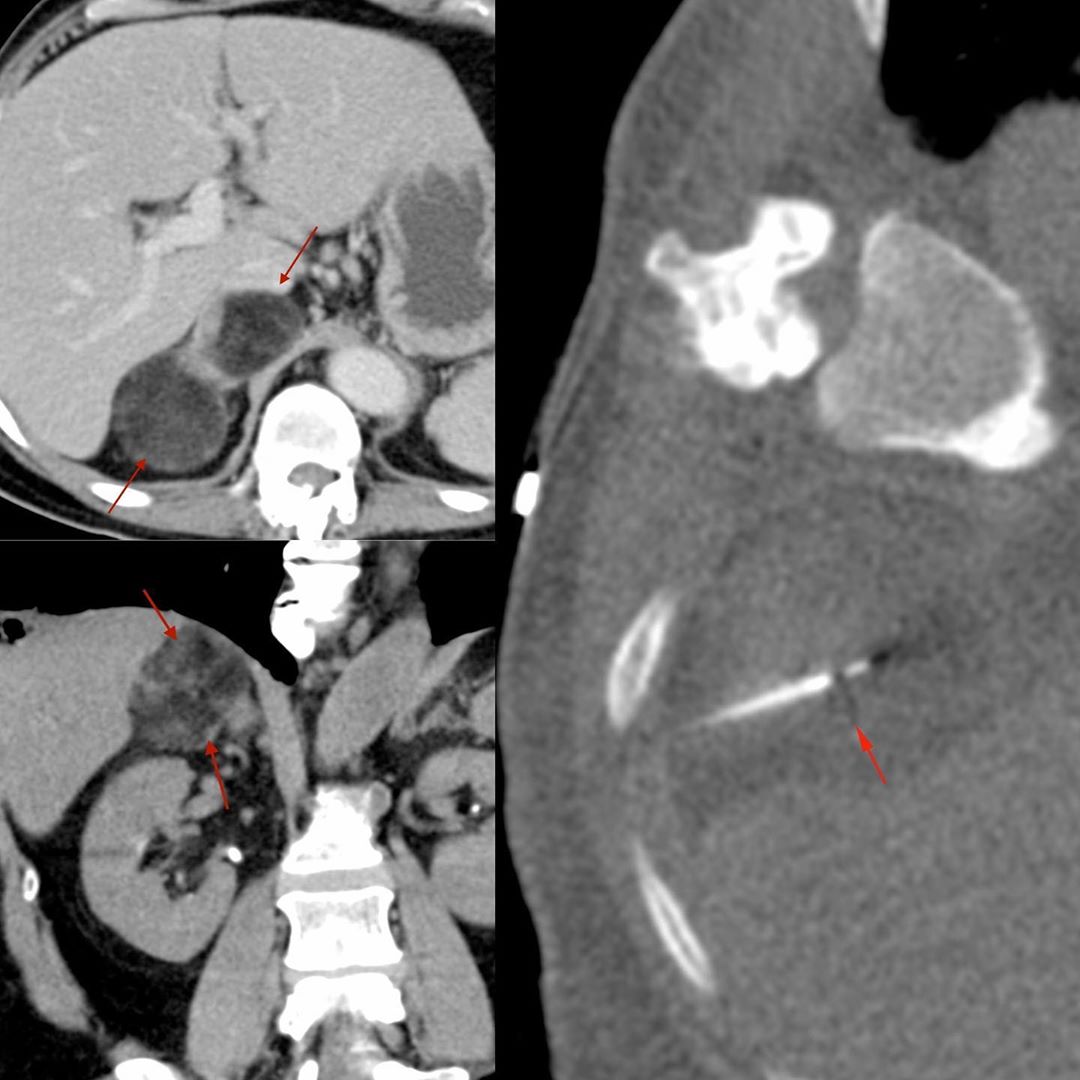 This 70-years old man came with pain in the abdomen. USG showed a right adrenal mass, so a CT scan was done, which showed an incidental classic right adrenal myelolipoma.

The surgeon still wanted a biopsy. I argued, but he said he wanted to prove there was no malignancy.

The diagnosis was lipoma, but consistent with the CT appearance of myelolipoma.

Adrenal biopsies are served well by the lateral decubitus position, because it splints the pleura and we get a clear approach to the lesion. The other moral is that you just can’t argue with surgeons.