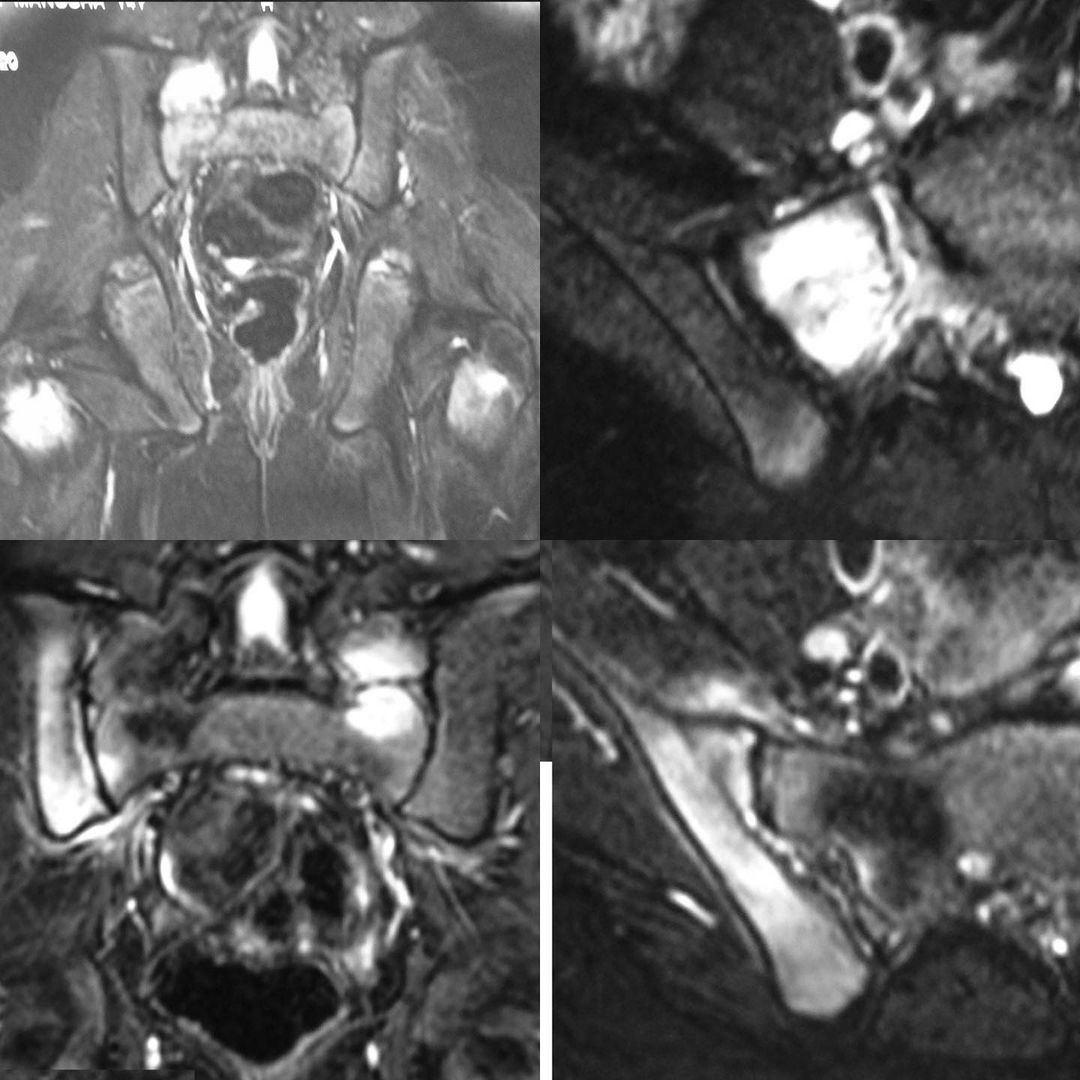 This 16-years old boy presented in 2011 with waxing and waning pain in the hips and back. The MRI at the time (top row) showed areas of marrow edema in both femoral necks and the sacral alae. Another MRI a year later showed regression with a new iliac crest lesion (not shown). He was thought to have CRMO (NBO) and treated accordingly. One more year later when his symptoms increased, the MRI (bottom row) showed classic asymmetry sacroilitis and he was diagnosed to have a juvenile seronegative sponyloarthropathy.

NBO is mainly a diagnosis of omission, though in highly specialized centres, it can be picked up prospectively by a multi-disciplinary team. However, osteomyelitis (tuberculosis), inflammatory arthopathies and enthesopathies and sometimes even tumors like Ewing sarcoma need to be excluded.