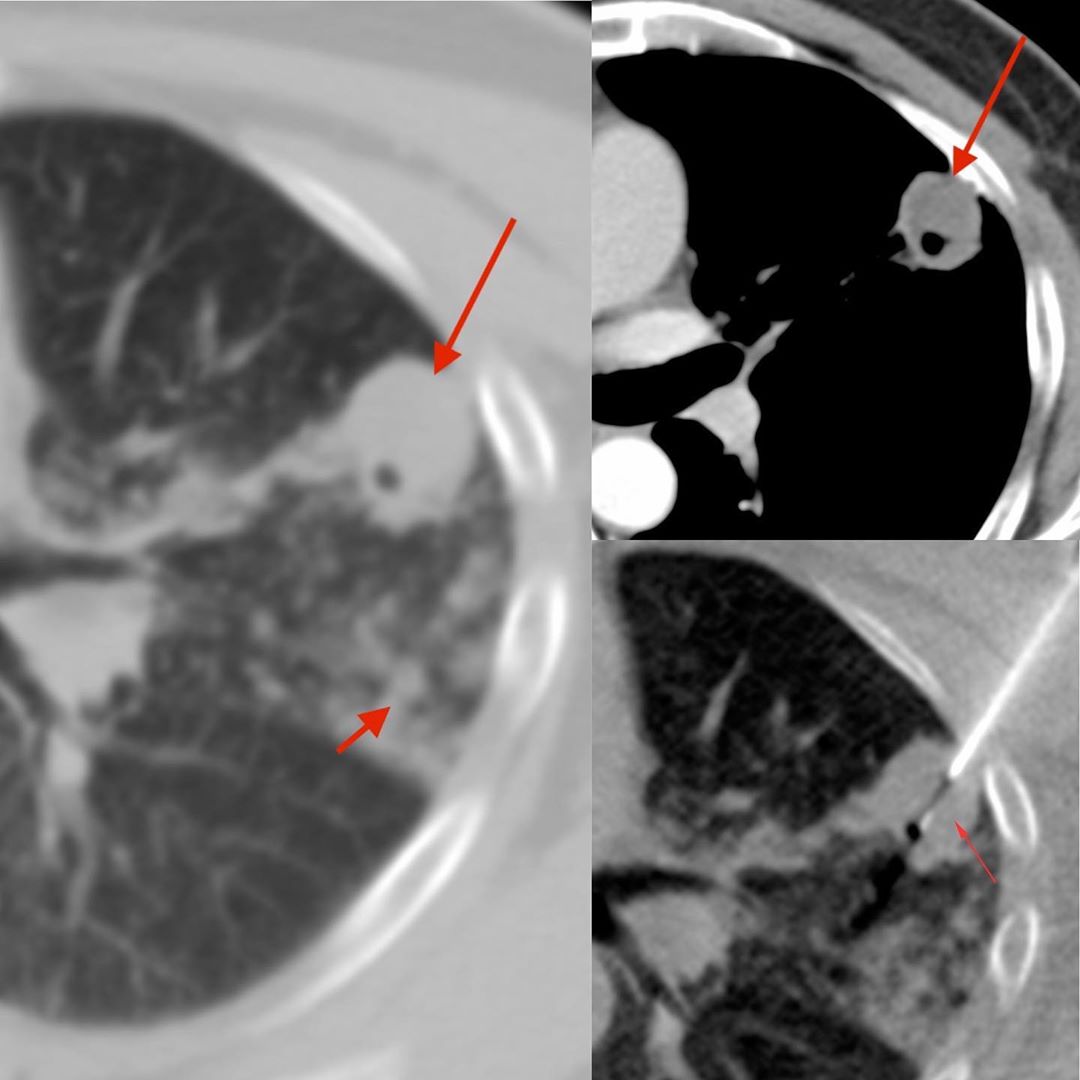 This is a 56-years old man, non-smoker, with a cavitary nodule in the anterior segment of the left upper lobe and infectious bronchiolitis and consolidation. By all imaging appearances, this is likely tuberculosis in a country like India.

The sputum was AFB negative. Bronchoscopy with lavage was AFB negative as well.
Hence a CT guided biopsy of the nodule was asked for, which I did using a 20G coaxial biopsy gun. The PCR was MTB positive the same day without rifampicin resistance and was culture positive as well.
There were two reasons to do a CT guided biopsy. He was more than 45-years of age. And despite a classic appearance of infection, we must prove the diagnosis and rule out malignancy, especially a squamous cell carcinoma. With lavage being negative, if this is tuberculosis, we have to prove the diagnosis and then check sensitivity / resistance to INH / rifampicin, etc.