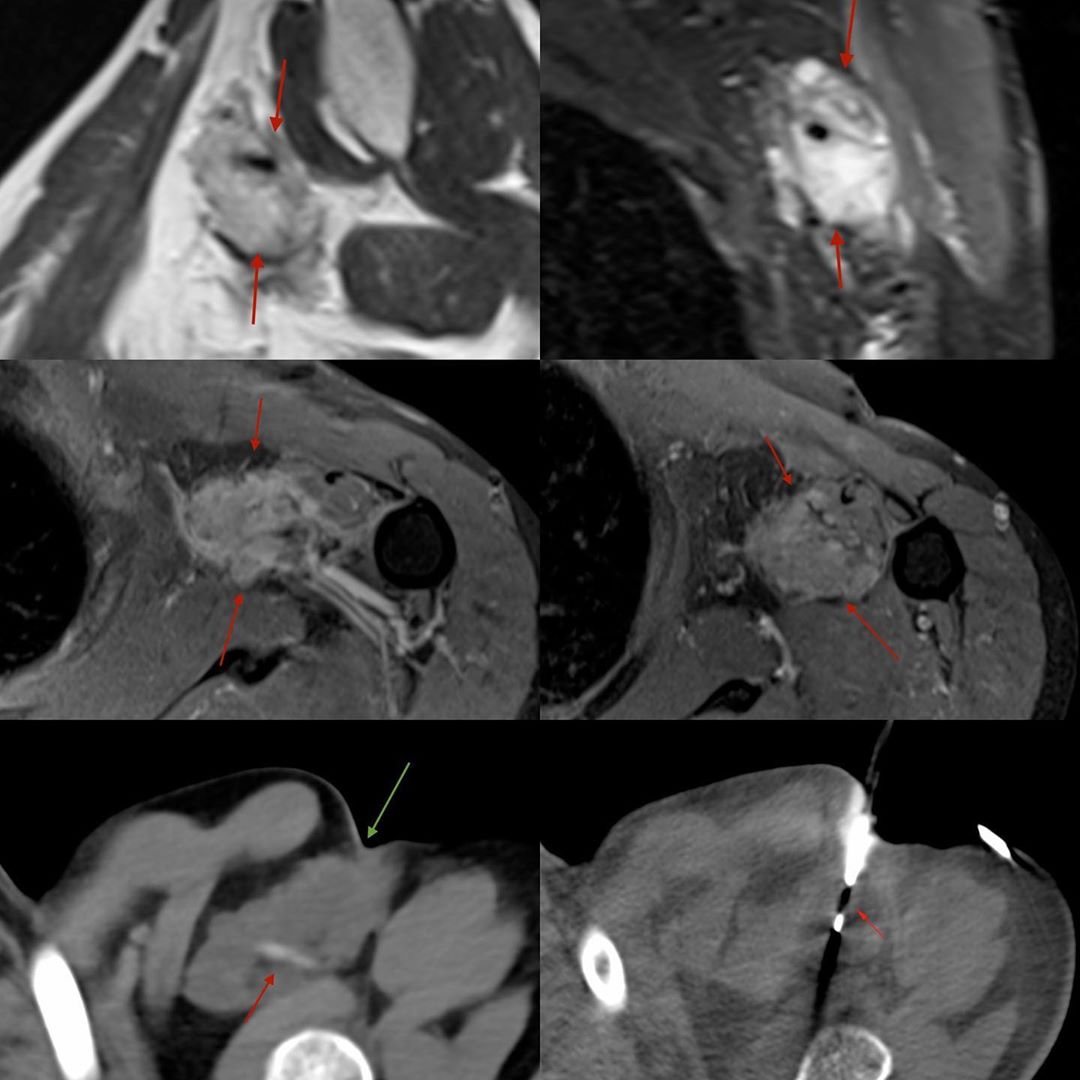 This is a 34-years old man known to have a malignant peripheral nerve sheath tumor (MPNST) in the left axilla. He had recurrent swelling.

The MRI shows a T2 bright, heterogeneous mass involving the short head of the biceps – the first two images are T2W sag and STIR coronal, followed by post-contrast axial images showing heterogeneous enhancement. The neurovascular bundle does not seem involved.

He came for a repeat biopsy. The biopsy was simple, but we needed to make sure of two things. The first was to ensure that the artery and vein were not injured – so I did a contrast study and saw that the vessels were skirting the posterior margin of the tumor and were not in the way. The second was to make sure we biopsy along the incision of the prior surgery. This is seen on the fifth image (green arrow) where the needle path has to go through the scar of the previous surgery. This was done using an 18G coaxial biopsy gun.

The diagnosis as expected was MPNST recurrence.

Rule: In post-operative recurrences, the biopsy tract should be along the scar of the previous surgery in an attempt to avoid contamination of sites that would perhaps routinely not be excised during surgery.